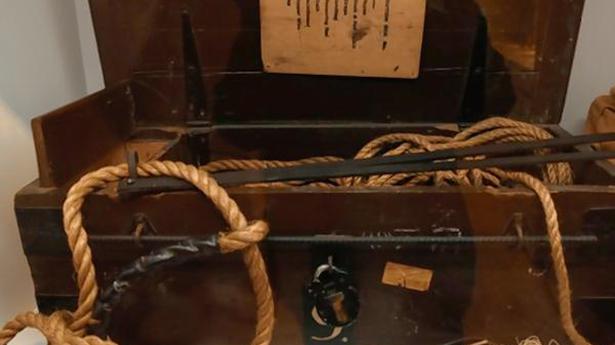 In 2015, the opening of a Jack the Ripper museum in East London was met with angry protests. The museum’s backers had initially pitched the project as one that would be a break from the gory focus on the serial killer and the murders that took place between 1888 and 1891. A planning application made by the museum had pledged to make it a resource dedicated to the history of women in the East End — the area where many of the brutal killings took place. “The museum will recognise and celebrate the women of the East End who have shaped history, telling the story of how they have been instrumental in changing society. It will analyse the social, political and domestic experience from the Victorian period to the present day,” it pledged.

However, the museum’s focus on the murders (it also runs the Jack the Ripper Museum walks that pledges to take you “in the footsteps of Jack the Ripper and his victims”) and the innumerable theories around those events and the continued mystery surrounding them spurred much public anger. “We are faced with a museum that celebrates gory violence against women,” wrote Becky Warnock, who launched an online campaign to close the museum down, which garnered thousands of signatures.

The campaign didn’t stop at regular demonstrations. Following a fundraising campaign in 2016, a pop-up museum round-the-corner from the Ripper museum was opened to tell the “real story” of the East End women. “Celebrate Suffragettes, Not Serial Killers,” proclaimed a billboard that the campaigners took on just opposite the Ripper museum.

Campaigners have also sought to challenge the planning application on which the museum had based its plans, attempting to get it revoked. This has so far proved unsuccessful, but the plans have grown into a longer-term project, with plans for a permanent space devoted to telling the stories of the women of London’s East End — a public history project to “record, share and celebrate,” women’s stories and voices.

“When a proposed women’s history museum on Cable Street in East London turned out to be an excuse to cash in on the popularity of a misogynist serial killer, we decided to make the missing museum a reality,” explain its organisers on the project’s website. “Crass Jack the Ripper tourism is nothing new, but the new museum on Cable Street represents a huge missed opportunity. East London has an incredibly rich social, political, and cultural history and women were part of all of it although their voices are seldom heard. Those are the stories we want to tell; stories that illuminate the lives of East End women, not only their deaths.”

It is set to open in a permanent home at the end of this year, in the East London neighbourhood of Barking and Dagenham, focussed on the women of the area who over the centuries fought for women’s rights and equal pay — from the philosopher Mary Wollstonecraft to the women who were involved in the 1968 strike at the Ford factory in Dagenham that helped set the scene for Britain’s equal pay legislation.

However, while some have sought to shift the narrative of East London firmly away from the Ripper story, others have tried to tell the story of the women who were his victims. This month, the English National Opera in London is set to open (for a second time) an opera The Women of Whitechapel, focussing on some of the victims. A new book, The Five, by British social historian Hallie Rubenhold, tells the story of Mary Ann Nicholas, Annie Chapman, Catherine Eddowes, Mary Jane Kelly and Elizabeth Stride, who were brutally murdered in the same year in East London, and the story of whose murders helped build the “myth” of the Ripper.

“There’s no doubt that the story of Jack the Ripper is a good yarn… unfortunately, this is also a one-sided story and the hunt for the killer has taken centre stage,” concludes the book. “The larger his profile grows, the more those of his victims seem to fade…” she concludes. “By embracing him, we embrace the set of values that surrounded him in 1888 which teaches women that they are of a lesser value and can expect to be dishonoured and abused… it is only by bringing these women back to life that we can silence the Ripper and what he represents.”

With an eye on China, and as part of its effort to maintain peace and rule of law in the Indo-Pacific region, a top Congressional committee has sought to bring three democratic countries of the region — India, Japan and South Korea — at par with its ‘Five Eyes’ for intelligence sharing. The ‘Five Eyes’ […]

A Turkish airliner skidded off a runway, crashed into a ditch and broke apart while landing in bad weather in Istanbul Wednesday, killing three people and injuring dozens more. Passengers had to scramble through the split fuselage to escape. The aircraft, operated by low-cost carrier Pegasus Airlines, was arriving at Istanbul’s Sabiha Gokcen airport from […]

Saudi Arabia beheaded 37 Saudi citizens for what it said on Tuesday were terrorism-related crimes, the Interior Ministry said, publicly pinning two of the bodies to a pole as a warning to others. The report said the executions were carried out by beheading and that two of the executed men’s bodies were publicly pinned to […]