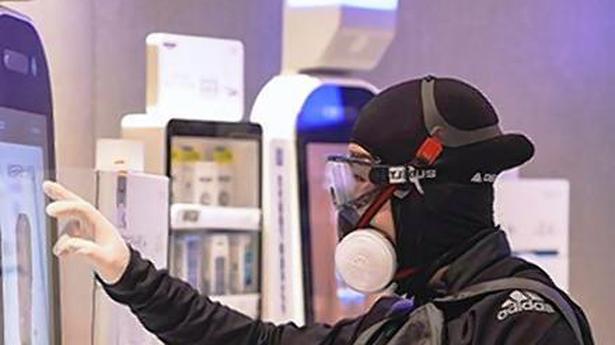 Police at a roadblock on the outskirts of Wuhan turned away cars trying to leave the virus-stricken city on Saturday, as other anxious residents trapped inside spent the Lunar New Year stocking up on masks and medical supplies.

Authorities have prevented anyone from leaving Wuhan, the city of 11 million people at the heart of the viral outbreak which has so far infected nearly 1,300 people and killed 41 others.

AFP saw a steady trickle of cars approaching the roadblocks around 20 km east of the city centre on Saturday morning, only for police in fluorescent jackets wearing masks to tell them to turn around. The barricade, at one of the tolls for highways exiting the city, was blocked with red and yellow plastic barriers and cones.

“Nobody can leave,” a policeman told AFP.

AFP journalists only saw two vehicles allowed to pass the roadblock, including a white van which an officer said was “buying medicines” and would later return to the city. Authorities extended transport bans to 17 other cities around Wuhan in a gargantuan effort to control the SARS-like virus, restricting travel for around 56 million in Hubei province. While there are restrictions on anyone leaving Wuhan, a few people were allowed to enter the city through the barricade: Desperately needed medical workers whose holidays were cut short to help overwhelmed hospital.

An empty bus was allowed to pass the roadblock into Wuhan after showing documentation to the police at the roadblock.

Meanwhile, in a taxi, a rap song playing on the radio echoed the patriotic fervour, telling people not to be afraid of the virus.

“Wuhan people are strong enough to fight and defeat it,” the rapper chanted.

Give India another chance to appoint lawyer for Jadhav: Pakistan court to govt

Pakistan has introduced a special law to allow Jadhav to get his sentence reviewed as asked by the ICJ. Source: thehindu.com Related

Sudan has passed its 2020 budget that includes an overall deficit of about 73 billion Sudanese pounds ($1.62 billion), Finance Minister Ibrahim Elbadawi said on Sunday. The country’s ruling sovereign council and Cabinet agreed the budget – the country’s first since the toppling of longtime ruler Omar al-Bashir, whose final years in power were marked […]

The final appeal by Cardinal George Pell against his child sexual abuse convictions will be held by Australia’s High Court on March 11-12, the court announced Friday. It is the final avenue for the 78-year-old— who is serving a six-year sentence for sexually assaulting two choirboys in a Melbourne cathedral in the 1990s— to get […]