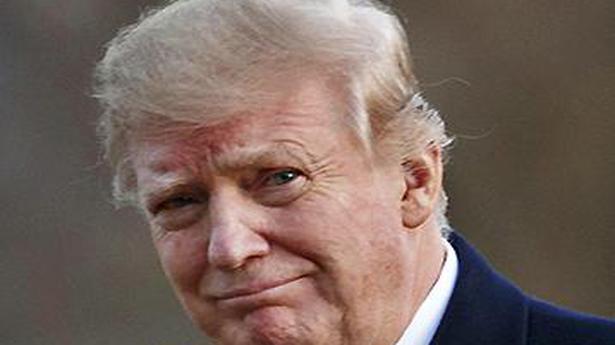 The White House has refused to meet a Tuesday deadline to deliver six years of President Donald Trump’s tax returns to Congress, escalating a battle that is expected to head to court.

The House Ways and Means Committee’s chairman, Richard Neal, had given the Internal Revenue Service until April 10 to turn over the President’s personal tax returns, and those of several entities connected to Mr. Trump, for 2013 through 2018.

That deadline was extended to April 23. But Mr. Trump has signaled he does not want his financial information disclosed, repeating his oft-used excuse during the 2016 presidential campaign that he would not release his tax returns while under audit by the IRS.

Mr. Trump broke with a long-established norm during the 2016 elections by refusing to release the returns as most presidents have done since the 1970s even though it is not required by law.

“The President is pretty clear: Once he’s out of audit, he will think about doing it,” White House Deputy Press Secretary Hogan Gidley told Fox News on Tuesday.

“He’s not inclined to do so at this time.”

The US Treasury Department said it was reviewing Mr. Neal’s request and consulting with the Justice Department, and that there were “serious constitutional questions” related to the request.

Treasury Secretary Steven Mnuchin, in a letter to Mr. Neal, said the department would render a final decision by May 6 on whether or not to comply.

But Mr. Mnuchin also warned that congressional Democrats, through the Ways and Means demand, were seeking “to obtain and expose the president’s tax returns.”

Democrats have warned that legal action, such as a subpoena of financial data, could follow if the Trump administration does not comply, precipitating a lengthy battle in the courts.

In requsting the tax returns, Democrats have cited a little-known law that allows Congress to review anyone’s returns to conduct an investigation.

Hasbro Inc will buy Entertainment One Ltd for about $4 billion in cash, expanding into the lucrative infant and preschool market by gaining access to popular TV shows like Peppa Pig and PJ Masks. The deal for the independent studio will give the Nerf and Power Rangers toymaker more exposure in its content media push, […]

Sri Lanka arrests 40 suspects after bombings, toll up to 310

As a state of emergency took effect Tuesday giving the Sri Lankan military war-time powers, police arrested 40 suspects, including the driver of a van allegedly used by the suicide bombers and the owner of a house where some of them lived. Sri Lanka’s president gave the military a wider berth to detain and arrest […]

Pakistan will close its border with Afghanistan for seven days from Monday to prevent the spread of novel coronavirus, the Interior Ministry said on Sunday, as the authorities ramped up efforts to stop the new cases of infection. The announcement came a day after two more people tested positive for COVID-19 in Pakistan, taking the […]