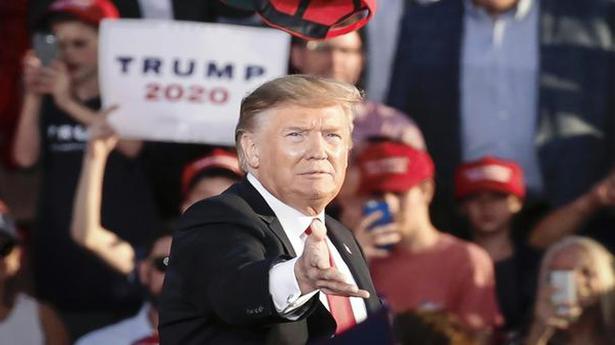 A federal judge has ordered U.S. President Donald Trump’s accountants, Mazars USA, to comply with a subpoena from the House of Representatives Oversight Committee and submit financial records related to Mr. Trump to the Committee. The Committee had subpoenaed financial records and communications from the accountants pertaining to Mr. Trump, his businesses and charity, from 2011 to 2018.

“It is simply not fathomable that a Constitution that grants Congress the power to remove a President for reasons including criminal behaviour would deny Congress the power to investigate him for unlawful conduct…,” DC District Court judge Amit Mehta wrote, citing precedents from the 1800s to Watergate (a Richard Nixon scandal) and Whitewater ( from the Clinton era).

The Oversight Committee’s subpoena was motivated by the testimony of Micahel Cohen, Mr. Trump’s former fixer and personal attorney. Prior to becoming President, Mr. Trump frequently inflated and deflated his financials to suit specific financial goals and plans, Mr. Cohen had testified, providing at least two financials from Mazars to support his testimony, as per court documents.

The judge ruled that Congress had the power to investigate potentially illegal conduct by an individual before and after they become President.

“Congress plainly views itself as having sweeping authority to investigate illegal conduct of a President, before and after taking office. This court is not prepared to roll back the tide of history,” Mr. Mehta wrote in his opinion.

The White House has seven days to appeal the verdict. The accounting firm had said it will comply with the law — which means, pending any stay granted through an appeal, Mr. Trump’s financial records will be handed over to the House in a week as Mr. Mehta refused to order a stay.

Mr Trump and team has resisted Congressional inquiries, which they claim are politically motivated.

Democrats have, through various House committees, been looking into the finances of the President, his campaign, and the activities that may have constituted an obstruction of justice with regard to the Mueller probe into Russian meddling in the 2016 presidential election.

Monday’s ruling is likely to bolster the House Financial Services Committee’s case for acquiring Mr. Trump’s records from Deutsche Bank and Capital One via a subpoena. The subpoena is being fought in a New York court by Mr. Trump, his family and the Trump Organization in federal court in New York. The case will be heard on Wednesday.

Mr. Trump called Judge Mehta’s decision “crazy”, “wrong” and alluded to Mr. Mehta being an “Obama-appointed judge”. He also said he would appeal the decision.

The White House directed former White House Counsel Don McGahn to not comply with a House Judiciary Committee subpoena on Monday, in another instance of the administration resisting the Democrat-controlled House’s attempts to investigate the President and associates.

President Xi Jinping on Wednesday assured Prime Minister Imran Khan that the friendship between China and Pakistan is “unbreakable and rock-solid” despite changes in the international and regional situation. Mr. Xi made the remarks when he met Khan at the Diaoyutai State Guesthouse here, two days before he leaves for India to hold the second […]

Hong Kong’s police said on Sunday they arrested 29 people after clashes overnight in which volleys of tear gas were fired to disperse anti-government protesters, as the Asian financial hub braced for more demonstrations later in the day. The city’s rail operator, MTR Corp, announced it was suspending some services in the west of the […]

Up to 20 casualties in Texas shooting, 3 in custody: officials

A shooting at a Wal-Mart store in Texas left multiple people dead on August 3 with police warning that more than one gunman may have been involved in the attack. At least one suspect was taken into custody after the shooting in the border city of El Paso, triggering fear and panic among weekend shoppers […]