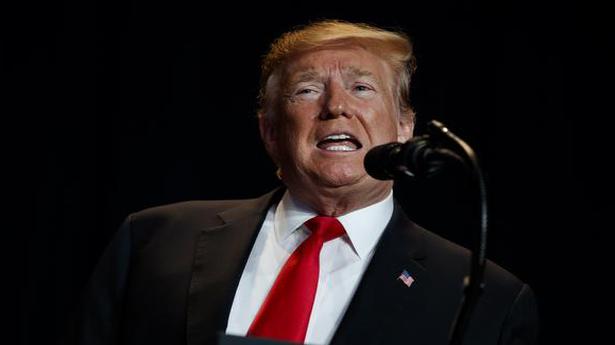 President Donald Trump said on Sunday that the congressional questioning last week of his former lawyer may have contributed to the failure of his summit with North Korean leader Kim Jong-un — even as his national security adviser claimed the Hanoi meeting was a success.

A high-stakes second summit to strike a disarmament deal with Mr. Kim broke up in disarray in Vietnam on Thursday, with Mr. Trump saying, “Sometimes you have to walk and this was just one of those times.”

The summit took place at the same time a Democrat-led congressional committee was grilling Michael Cohen, Mr. Trump’s former lawyer, who labelled his ex-boss a “racist”, “conman”, and “cheat”.

On Sunday, Mr. Trump said the hearing may have contributed to the “walk”.

“For the Democrats to interview in open hearings a convicted liar & fraudster, at the same time as the very important Nuclear Summit with North Korea, is perhaps a new low in American politics and may have contributed to the ‘walk’,” he tweeted.

“Never done when a President is overseas. Shame!”

Still, U.S. National Security Adviser John Bolton told CBS‘s “Face the Nation” on Sunday that the summit should be seen as “a success, defined as the President protecting and advancing American national interests.”

He said the issue was whether North Korea would accept what the President called “the big deal” — denuclearising completely — or something less, “which was unacceptable to us.”

“So the President held firm to his view. He deepened his relationship with Kim Jong-un. I don’t view it as a failure at all when American national interests are protected,” Mr. Bolton added.

The summit’s collapse followed the leaders’ historic meeting in Singapore that produced only a vague commitment from Mr. Kim to work “toward complete denuclearisation of the Korean peninsula.”

According to senior U.S. officials, in the week leading up to the Hanoi summit, the North Koreans had demanded the lifting of effectively all U.N. Security Council economic sanctions imposed on Pyongyang since March 2016.

‘Seat of its pants’

In return, Pyongyang was offering only to close part of the Yongbyon complex, a sprawling site covering multiple facilities — and the North is believed to have other uranium enrichment plants.

Mr. Bolton’s evocation of progress was dismissed by leading Democrats, however, including House Intelligence Committee chairman Adam Schiff, who described the Hanoi meeting as a “spectacular failure.”

“The President did give up a great deal, by going to that summit, by enhancing Kim Jong-un’s prestige on the world stage, by giving up those military exercises in the last summit and getting nothing for it,” Mr. Schiff told CBS.

“This is, I think, the result of a President who is not prepared for these kinds of negotiations, a staff that is not well-prepared and is essentially flying by the seat of its pants.”

Much of the criticism of the summit was sparked by Mr. Trump’s remarks on the case of an American student tortured and left in a coma in North Korea.

Mr. Trump said he believed Mr. Kim’s claim that he did not know what happened to Otto Warmbier, who died at age 22 days after being sent back to the United States in 2017.

Mr. Bolton said Mr. Trump had been clear that Warmbier’s death was “barbaric and unacceptable,” although Mr. Schiff countered that the President’s “obsequious comments” had compounded the summit’s failure.

Mr. Bolton was touring the Sunday political shows the morning after the U.S. and South Korea announced an end to key annual large-scale military exercises.

The manoeuvres have been a perennial target of North Korean fury — condemned by Pyongyang as provocative rehearsals for war.

Mr. Trump has repeatedly complained about the cost of the exercises and — since 2017’s Singapore summit — the Washington and Seoul have scaled back or scrapped several joint exercises.

Opponents of scrapping the drills warn that it could affect the combat readiness of U.S. and South Korean forces and hand the North a strategic advantage on the divided peninsula.

Mr. Bolton sought to play down Saturday’s announcement, however, saying the policy remained unchanged since Singapore.

Rise in attacks on Hindus, Sikhs in Afghanistan; India facilitating those who want to come: MEA

There has been a recent spurt of attacks on Hindus and Sikhs in Afghanistan by terrorists at the behest of their “external supporters” and India has Source: thehindu.com Related

Animal rights activists have slammed Donald Trump Jr. after it emerged he killed an endangered sheep in Mongolia and was retroactively issued a hunting permit by the country’s authorities, raising questions about whether he received special treatment. The U.S. president’s eldest son, who has come under fire in the past for his big-game hunting hobby, […]