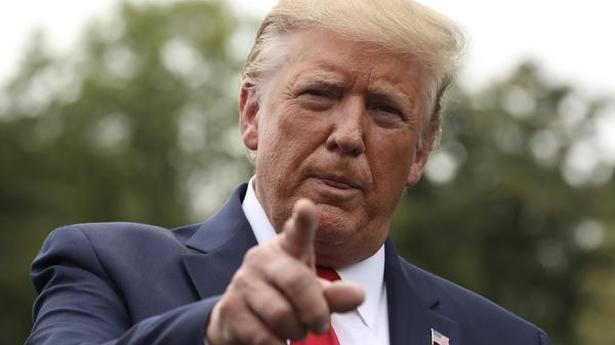 President Donald Trump said Saturday that he is an “island of one” for removing U.S. forces from northeastern Syria.

But he remained steadfast and defended a move that drew widespread bipartisan criticism that he has endangered stability in the Middle East and risked the lives of Syrian Kurdish allies who helped the U.S. bring down the Islamic State group in Syria.

Turkey, however, regards those Kurdish fighters as a terrorist threat and has launched a military operation against them.

“It’s less safe now. It’s less secure, less stable and they fight,” he said. “That’s what they do. They fight.”

Mr. Trump announced that he had directed $50 million in emergency aid for Syria to support Christians and other religious minorities there.

Before the speech, Mr. Trump was joined on stage by Andrew Brunson, an American pastor who was released by Turkey in October 2018 after nearly two years of confinement. The case had roiled relations with Turkey and prompted an outcry from U.S. evangelical groups.

Pastor Brunson led Saturday’s audience in a prayer for the president.

Russian President Vladimir Putin said Saturday that he opposes the idea of an unlimited term in office for the country’s leader like the system that existed in the Soviet Union. Mr. Putin’s comment at a meeting with World War II veterans in St. Petersburg came days after he called for constitutional changes that could help […]

No new cases for the first time since February, thanks to extensive testing and social distancing norms Source: thehindu.com Related

Pakistan on March 27 sought “more information/evidence” from India on the involvement of the Jaish-e-Mohammed (JeM) in the Pulwama terror attack and the presence of camps of the U.N.-proscribed terror outfit in the country. The Indian High Commissioner in Islamabad was called to the Ministry of Foreign Affairs by the Foreign Secretary and the “preliminary […]