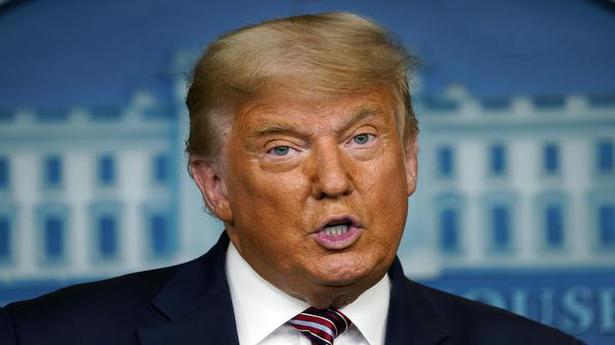 The order directs agencies to prepare inventories of AI-use cases throughout their departments and directs the White House to develop a road map for policy guidance for administrative use.

The White House said Trump was setting nine principles for the design, development, acquisition and use of AI in government in an effort “to foster public trust and confidence in the use of AI, and ensure that the use of AI protects privacy, civil rights, and civil liberties.”

The order directs agencies to prepare inventories of AI-use cases throughout their departments and directs the White House to develop a road map for policy guidance for administrative use.

The Trump administration has made artificial intelligence a priority, earlier issuing guidance to federal agencies aimed at limiting “overreach” in regulating the use of AI by private companies, while urging agencies to use AI to eliminate outdated regulations.

The order emphasizes AI use must be “lawful; purposeful and performance-driven; accurate, reliable, and effective; safe, secure, and resilient; understandable; responsible and traceable; regularly monitored; transparent; and accountable.”

AI is used by numerous government agencies for predictive enforcement tools and by regulatory agencies to process and review vast amounts of data to detect trends and shape policymaking.

Some U.S. states and cities have raised concerns about AI applications, especially possible algorithmic bias in the use of facial-recognition software by law enforcement.

A February report by Stanford and New York University researchers submitted to a U.S. administrative agency documented 157 use cases of AI by 64 federal agencies and said it could ”modernize public administration, promoting more efficient, accurate, and equitable forms of state action.”

But the report, titled “Government by Algorithm,” noted that AI can be used to deny benefits or make decisions affecting the public’s rights and could boost concerns about arbitrary government action.

China on Monday said the anti-government protests in Hong Kong, which shut down the city airport, had begun to show “sprouts of terrorism”. The airport authority said it was working with airlines to resume flights from 6 a.m. on Tuesday, but the developments raise the stakes after a weekend of skirmishes during which both activists […]

The death of Abu Bakr al-Baghdadi, the founder leader of the Islamic State (IS) terrorist group, is a signal moment in the fight against terrorism, at least in West Asia. Baghdadi, who announced the formation of his “Caliphate” from Mosul’s Grand Mosque in July 2014, blew himself up in an underground tunnel in a Syrian […]