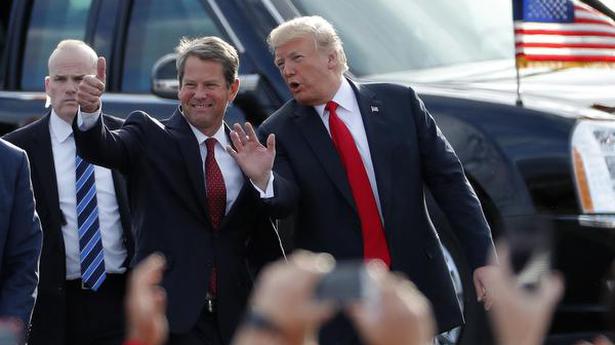 U.S. President Donald Trump on Saturday called on Georgia Governor Brian Kemp to hold a special session of the state legislature over election results there.

On Twitter, Mr Trump responded to an earlier tweet by Mr Kemp saying: “But you never got the signature verification! Your people are refusing to do what you ask. What are they hiding? At least immediately ask for a Special Session of the Legislature. That you can easily, and immediately, do.”

The tweet was posted as Mr Trump left the White House to head to Georgia to campaign for two Republican senators facing January runoffs.

Johnson & Johnson said on Tuesday it will pay $20.4 million to settle claims by two Ohio counties, allowing the U.S. healthcare giant to avoid an upcoming federal trial seeking to hold the industry responsible for the nation’s opioid epidemic. J&J became the fourth drugmaker to settle claims ahead of the Federal Court trial against […]

Iran resumed uranium enrichment at its underground Fordow plant south of Tehran on Thursday in a new step back from its commitments under a landmark 2015 nuclear deal, raising alarm from Western powers. Engineers began feeding uranium hexafluoride gas into the plant’s mothballed enrichment centrifuges in “the first minutes of Thursday”, the Iranian Atomic Energy […]

Former President Jimmy Carter had another fall at his home in Plains, Georgia, fracturing his pelvis and going to the hospital for treatment and observation, a spokeswoman said on Tuesday. Carter Center spokeswoman Deanne Congileo described the fracture as minor. Her statement said that the 95-year-old was in good spirits at the Phoebe Sumter Medical […]