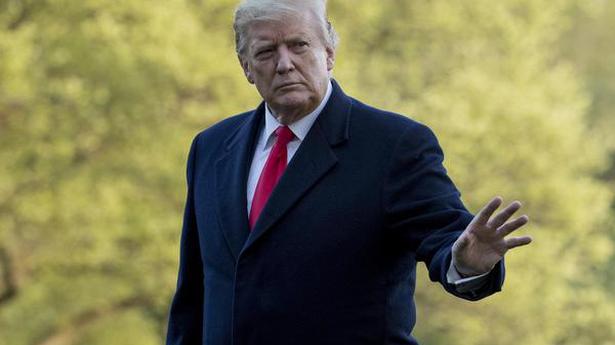 President Donald Trump has vetoed a bill the Congress passed to end the U.S. military assistance in the Saudi Arabia-led war in Yemen.

In a break with the President, the Congress voted for the first time to invoke the War Powers Resolution to try and stop the U.S. involvement in a foreign conflict.

The Congress lacks the votes to override him.

The Congress has grown uneasy with Mr. Trump’s close relationship with Saudi Arabia as he tries to further isolate Iran, a regional rival. Many lawmakers also criticised the President for not condemning Saudi Arabia for the killing of a Saudi writer Jamal Khashoggi, who had been critical of the Kingdom.

No outsider will interfere in Sri Lanka polls this time: Basil Rajapaksa

No international actor will try to interfere in Sri Lanka’s approaching presidential election, said Basil Rajapaksa, chief strategist of his brother Gotabaya Rajapaksa’s presidential bid. “Ethically, that is how it should be,” he told The Hindu in an interview, alluding to a shift in the international community’s “role” in Sri Lanka’s national politics. His comments, […]

Bangladesh has scrapped plans of bringing back 171 nationals stuck in coronavirus-hit China after it failed to arrange a flight following refusal from crew members to fly to the affected country, according to media reports on February 9. State-run Biman Airlines’ Boeing 777-300 ER aircraft on February 1 brought back 312 Bangladeshis, including 12 children […]

Special Counsel Robert Mueller’s report on his inquiry into Russia’s role in the 2016 U.S. election described in extensive and sometimes unflattering detail how President Donald Trump tried to impede the probe, raising questions about whether he committed the crime of obstruction of justice. The release of the 448-page report on Thursday after a 22-month […]