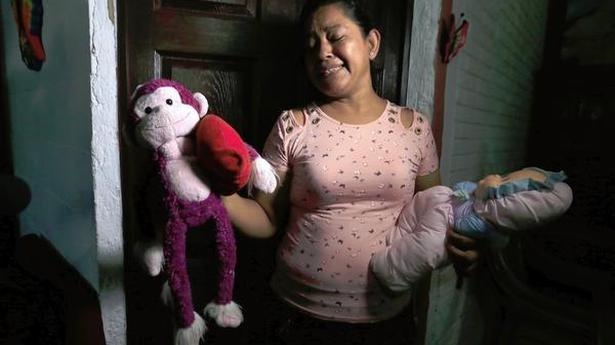 The U.S. House of Representatives on Tuesday approved a $4.5 billion aid package to address the migrant surge along the U.S.-Mexico border, including new standards for migrants in custody following reports of poor conditions facing young children at overcrowded facilities.

The Democratic-led House voted 230-195, mostly along party lines, to pass the measure, but its future is uncertain.

The Republican-run Senate is working on its own version of the Bill, and President Donald Trump has vowed to veto the House legislation, with White House officials saying it would hamstring the administration’s border enforcement efforts.

Mr. Trump on May 1 requested the aid for programmes that house, feed, transport and oversee record numbers of Central American families seeking asylum in the U.S. and straining capacity at migrant shelters in border cities.

Attorneys raised alarms last week after finding more than 300 migrant children in an overcrowded Texas border patrol station, where they said some had been held for weeks in squalid conditions without adequate food and water. Amid the ensuing outcry, the acting commissioner of the U.S. Customs and Border Protection (CBP) agency, John Sanders, said on Tuesday he was resigning.

Democrats emphasised on Tuesday that while they were approving the border aid to address the humanitarian crisis, they were not ratifying the administration’s attempts to restrict and discourage immigration. “Our legislation is a vote against the cruel attitude toward children of this administration. This Bill does not fund the administration’s failed mass detention policy. Instead it funds effective humane alternatives to detention that have a proven record of success,” House Speaker Nancy Pelosi said ahead of the vote.

But Democratic leaders had to work to secure votes for the Bill from progressive lawmakers worried that the Trump administration might use the funds for other purposes, such as deportation of migrants. On Tuesday afternoon, Democrats added provisions to better protect the health of migrants in the custody of U.S. Border Patrol agents, including standards for medical care and nutrition. They also added language to set a three-month limit for any unaccompanied child migrant to spend at an intake shelter unless notice is given.

Another amendment said shelters run by contractors must meet standards of care within six months or risk losing their contracts.

India had said it had nothing to do with the assault. Source: thehindu.com Related

Philippines President Rodrigo Duterte has ordered tonnes of garbage dumped in the Philippines years ago to be shipped back to Canada, his spokesman said on Wednesday, escalating a festering diplomatic row. Mr. Duterte’s spokesman also warned that if Ottawa would not formally accept the shipment of trash, it would be dumped inside Canada’s territorial waters. […]

The Union Health Ministry has issued a travel advisory on Friday following reports of 41 confirmed cases of infection and one death due to coronavirus reported from China till January 11. “Now travel related cases have been reported (one each) in Thailand and Japan. The clinical signs and symptoms are mainly fever with a few […]