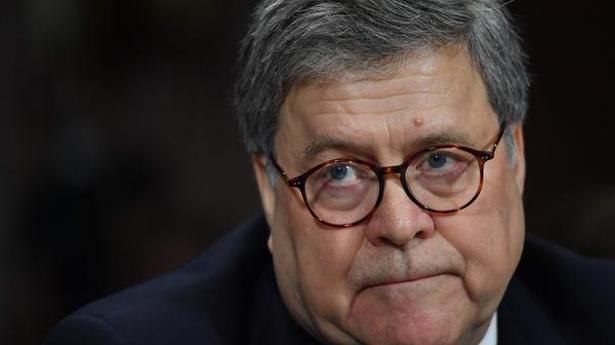 Hundreds of former federal prosecutors (439 on Monday evening) have signed a statement countering Attorney-General William Barr’s testimony to the U.S. Senate last week that there was not sufficient evidence to say President Donald Trump had obstructed justice with regard to Special Counsel Robert Mueller’s probe into Russian meddling in the 2016 presidential elections.

The statement by former prosecutors — Democrats and Republicans — says each of the signatories believes that without his Presidential office protecting him Mr. Trump would have faced “multiple felony charges for the obstruction of justice.” It is Department of Justice practice not to indict a sitting President.

“The Mueller report describes several acts that satisfy all of the elements for an obstruction charge: conduct that obstructed or attempted to obstruct the truth-finding process, as to which the evidence of corrupt intent and connection to pending proceedings is overwhelming,” the statement says.

While the statement does not ask for or recommend a particular course of action, it stresses that for the President being the President, he would have been prosecuted.

Second, the statement describes Mr. Trump’s attempts to get then Attorney-General Jeff Sessions to reverse his decision to recuse himself from the probe, so he could go back to overseeing it and protecting the President, including by limiting the probe’s scope.

Third, it describes Mr. Trump’s attempts at intimidation and “the dangling of pardons” in the cases of his fixer, Michael Cohen, and his campaign manager, Paul Manafort.

“We emphasise that these are not matters of close professional judgment. Of course, there are potential defences or arguments that could be raised in response to an indictment of the nature we describe here. In our system, every accused person is presumed innocent and it is always the government’s burden to prove its case beyond a reasonable doubt,” the prosecutors say.

“As former federal prosecutors, we recognise that prosecuting obstruction of justice cases is critical because unchecked obstruction, which allows intentional interference with criminal investigations to go unpunished, puts our whole system of justice at risk,” the statement says.

The statement not only counters Mr. Barr’s position but also comes days after he refused to appear before the House Judiciary Committee for a hearing, on the grounds that he did not agree to the format House Democrats, who control the Committee, had requested.

The House Judiciary Committee is expected to vote to recommend to the House that Mr. Barr be held in contempt of Congress because the Department of Justice, which Mr. Barr heads, missed a subpoena-mandated deadline for handing in an non-redacted version of the Mueller report and underlying evidence.

The Pakistan government has launched a crackdown on the sale of Indian movies and banned the airing of advertisements for India-made products on television channels in the wake of tensions after New Delhi revoked Article 370 that gave special status to Jammu and Kashmir, a media report said on Friday. “We have banned Indian advertisements […]

Fourteen people were killed in a plane crash in the Colombian plains province of Meta on Saturday, the country’s civil aviation agency said. The Special Administrative Unit of Civil Aeronautics said there were no survivors of the crash, which occurred after the DC-3 aircraft made a distress call at 10:40 a.m. local time (1540 GMT). […]