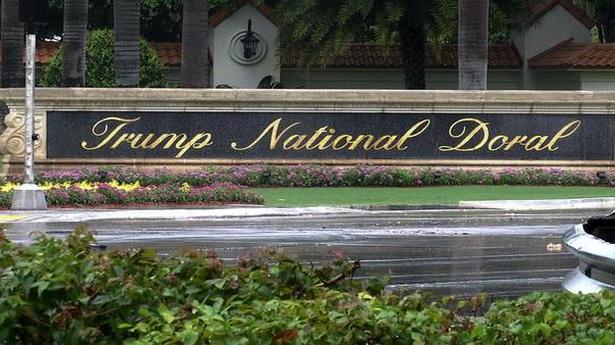 U.S. President Donald Trump will host next year’s Group of Seven economic summit of developed world leaders at one of his own properties, the Trump National Doral golf resort near Miami, a White House official said on Thursday.

White House acting chief of staff Mick Mulvaney said Mr. Trump would not profit from use of the property and defended the decision, which comes as the President faces ongoing criticism and congressional investigations over his finances and potential conflicts-of-interest.

Mr. Mulvaney told reporters the summit would take place at Doral on June 10-12, 2020, and that the administration selected Mr. Trump’s resort after initially looking at about 12 potential locations in various other U.S. States.

“Doral was by far and away the best physical facility for this meeting,” he said at a news briefing. “It’s almost like they built this facility to host this event.”

Mr. Mulvaney said the event would be “at cost” and that using the Trump site would save millions of dollars and was cheaper than the other potential sites.

Asked how the President’s use of his private business properties to host official government events differed from Mr. Trump’s allegations against the Bidens, Mr. Mulvaney told reporters there would be no profit and said the family had made their money before Mr. Trump became President in January 2017.

Mr. Trump has said he is not involved with the day-to-day operations of his private company and that his sons run the business.

The lower house of the Russian parliament has passed a second reading of a bill that would expand government authority over the Internet but whose opponents fear heralds widespread censorship. The bill, which passed 322-15, would install equipment to route Russian internet traffic through servers in the country. That would increase the powers of state […]

South Korea says North Korea has fired an unidentified projectile. A brief statement on Thursday from Seoul’s Joint Chiefs of Staff gave no further details, such as what kind of projectile was launched and where it landed. In the past, such reports by South Korea about North Korean launches have turned out to be test […]

An earthquake with a magnitude of 5.8 on the Richter scale hit Izu Islands, Japan region at 09:56 UTC (Coordinated Universal Time) today. (This is a breaking story and will be updated soon) Source: indiatoday.in Related