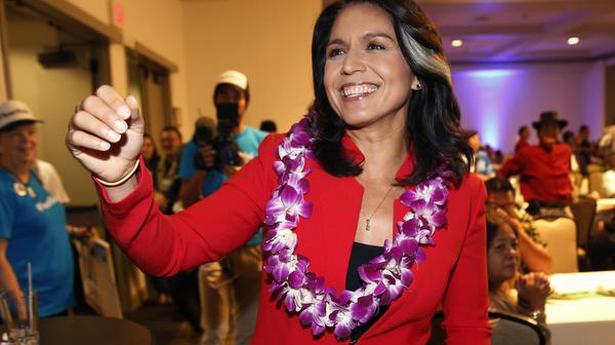 Democratic presidential candidate Tulsi Gabbard says she will focus on her White House bid and not run for reelection to her congressional seat. The congresswoman from Hawaii made the announcement early Friday.

The Hawaii congresswoman fought back after Ms. Clinton said in a recent interview that she believes Republicans have “got their eye on somebody who’s currently in the Democratic primary and are grooming her to be the third-party candidate.” Ms. Clinton, the former senator, U.S. secretary of state and 2016 Democratic presidential candidate, did not name Ms. Gabbard directly.

The squabble seemed to give Ms. Gabbard renewed energy on the campaign trail.

More than 40 Indian-Americans and citizens of India have reportedly lost their lives due to the deadly coronavirus and the number of those having tested positive for the dreaded disease is likely over 1,500, according to community leaders in the US, now the global COVID-19 hotspot. Data | United States bears the global brunt of […]

Iraqi protesters stormed the Iranian consulate in the southern city of Najaf and set fire to the building on Wednesday bringing a new level of violence to demonstrations aimed at the downfall of a government backed by Tehran. It was the strongest expression yet of the anti-Iranian sentiment of Iraqi demonstrators, who have taken to […]