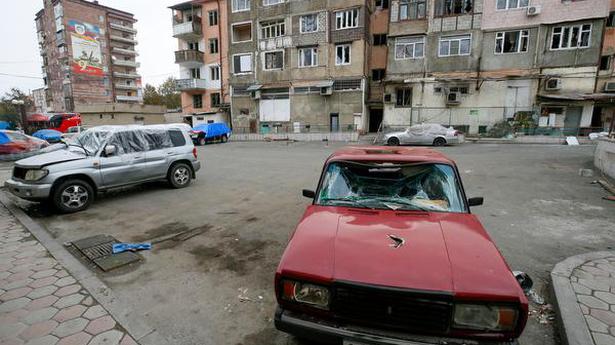 Turkey, which threw its weight behind its ally Azerbaijan in the conflict, has been engaged in talks with Russia for a role in monitoring the ceasefire that ended six weeks of intense fighting between Azerbaijan and Armenia

Turkey’s government submitted a motion to Parliament on Monday seeking its approval to deploy peacekeepers to monitor a ceasefire agreement between Azerbaijan and Armenia, the state-run news agency reported.

Turkey, which threw its weight behind its ally Azerbaijan in the conflict, has been engaged in talks with Russia for a role in monitoring the ceasefire that ended six weeks of intense fighting between Azerbaijan and Armenia over the Nagorno-Karabakh region.

Russian and Turkish Defence Ministers signed a memorandum on Wednesday to create a joint monitoring center in Azerbaijan.

The Bill submitted to Parliament requests a one-year mandate to send Turkish peacekeepers, adding that President Recep Tayyip Erdogan would determine the number of troops to be sent.

The motion is expected to be debated in coming days. The motion states that civilian personnel could also be deployed as part of the peacekeeping mission.

“It has been assessed that for the Turkish Armed Forces personnel … to take part in the Joint Center which Turkey and Russia will form together, will be beneficial for the peace and welfare of the region’s people and is necessary from the point of our national interests,” the state-run Anadolu Agency stated from the motion.

Russian officials have said that Ankara’s involvement will be limited to the work of the monitoring center on Azerbaijani soil, and Turkish peacekeepers would not go to Nagorno-Karabakh. Russian Foreign Minister Sergey Lavrov has said the center will operate remotely, using drones and other technical means to monitor possible violations.

Russia, which negotiated the ceasefire, is sending about 2,000 peacekeeping troops under a five-year mandate.

Nagorno-Karabakh lies within Azerbaijan but has been under control of ethnic Armenian forces backed by Armenia since a separatist war there ended in 1994.

Pakistani Prime Minister Imran Khan on Friday said no militant group would be allowed to operate from Pakistani soil to carry out attacks abroad, days after his government announced a sweeping crackdown against Islamist militant organisations. Pakistan faces growing international pressure to rein in Islamist groups that carry out attacks in India. The February 14 […]

The previous government quit on August 10 in the wake of the catastrophic explosion at Beirut port. Source: thehindu.com Related