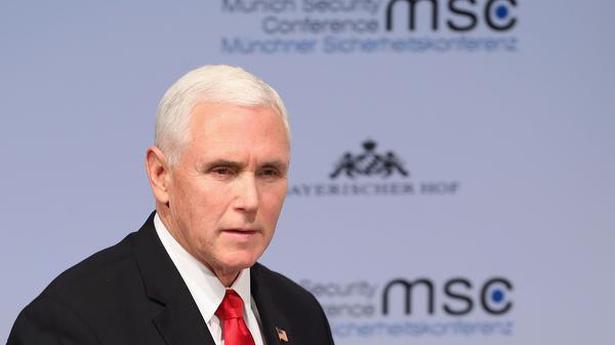 Turkey has agreed to a five-day ceasefire in northeast Syria to allow for withdrawal of Kurdish forces, U.S. Vice-President Mike Pence said on Thursday after talks with Turkish President Tayyip Erdogan.

“Today the United States and Turkey have agreed to a ceasefire in Syria,” Mr. Pence told a news conference after more than four hours of talks at the presidential palace in Ankara.

Mr. Pence had flown to Turkey to call for a halt in Turkey’s cross-border military operation, called Operation Peace Spring, under which Turkey has aimed to clear YPG Syrian Kurdish fighters from a 20 mile (32 km) deep “safe zone” along the border.

“The Turkish side will pause Operation Peace Spring in order to allow for the withdrawal of YPG forces from the safe zone for 120 hours,” Mr. Pence said.

No let-up in French strikes with fresh turmoil awaited

France was on Saturday expecting its most serious nationwide strike in years to paralyse the country over the weekend, with unions warning the turmoil would last well into next week. The challenge thrown to President Emmanuel Macron over his plans for radical pension reform has seen hundreds of thousands take to the streets and key […]

China on Sunday rushed a team of medical experts to its northeastern city of Suifenhe, bordering Russia, after a spike in the number of imported COVID-19 cases from the neighbouring country. Suifenhe has so far reported 194 confirmed cases and more than 100 asymptomatic COVID-19 carriers, the State-run Xinhua news agency reported on Saturday. Most […]

Chinese air force planes passed through the narrow Bashi Channel to the south of Taiwan on a long-range exercise on Thursday, Taiwan’s Defence Ministry said, the first such drills near the island publicised since Taiwan held elections this month. China claims Taiwan as its own territory to be taken by force if needed. It has […]