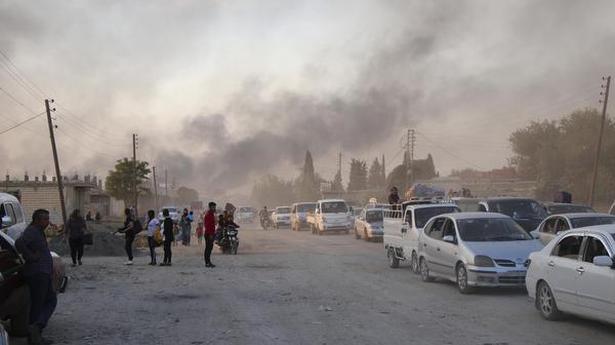 Turkish forces and their Syrian allies seized large parts of the northern Syrian town of Suluk in a new advance against the Kurdish-led Syrian Democratic Forces (SDF), the Syrian Observatory for Human Rights monitoring group said on Sunday, October 13, 2019.

Suluk is located around 10 km (six miles) from the Syrian-Turkish border, to the southeast of Tel Abyad.

The US President, in a letter to World Health Organisation chief Tedros Adhanom Ghebreyesus, threatened to “permanently freeze” the US funding to the UN health agency if it failed to demonstrate its “independence” from China in the next 30 days. Source: thehindu.com Related

Chinese lawmakers on Saturday voted to abolish the “custody and education” punishment system, which allowed police to hold sex workers and their clients without charge for up to two years, state media reported. Critics say the nearly three-decade-old system has little to do with education. “Sex workers are subjected to police violence… forced labour, compulsory […]

An accomplice of Usman Khan, the convicted terrorist shot dead on the London Bridge during last Friday’s terror attack, has been arrested after the U.K. security services launched an urgent review of dangerous prisoners as the scene of the attack was opened to traffic and pedestrians amid heavy police presence on Monday. Nazam Hussain’s family […]