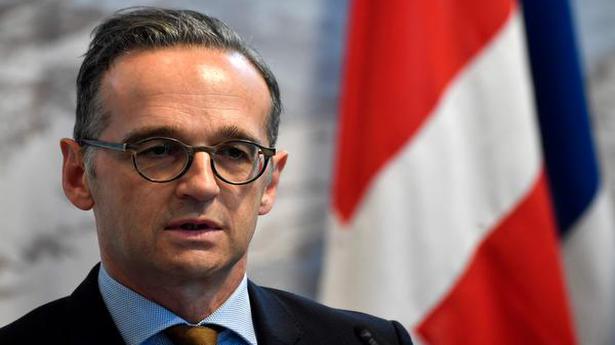 “We don’t believe that an attack on Kurdish units or Kurdish militia is legitimate under international law,” Heiko Maas told Germany broadcaster ZDF.

Ankara launched a cross-border attack against Syria’s Kurds on October 9 after the United States announced a military pullout from the north of the war-torn country, to widespread international criticism.

NATO member Turkey has justified the offensive as necessary to secure its borders.

A US-brokered ceasefire was announced late Thursday, giving Kurdish forces until Tuesday evening to withdraw from a buffer area Ankara wants to create inside Syrian territory along its southern frontier.

On Sunday, Kurdish-led Syrian Democratic Forces fully withdrew from a Turkish-encircled town in northern Syria, in what appeared to be the start of a wider pullout under the ceasefire deal.

“We will do everything we can to ensure that this ceasefire lasts longer than five days and puts a halt to the invasion for the time being,” Mr. Maas said.

Germany, along with a string of other European countries, has suspended arms exports to Turkey over the offensive.

Turkish-led bombardment and fire since October 9 has killed 114 civilians and displaced at least 300,000 people, according to the Syrian Observatory for Human Rights war monitor.

More than 250 SDF fighters – the de facto army of Kurdish authorities in northeastern Syria – and 190 pro-Ankara fighters have lost their lives over the same period, it says.

The Air India flight from J F K International Airport to Bengaluru flew on May 25 and had 329 passengers, including two infants, according to officials. Source: thehindu.com Related

Iran had 117 new COVID-19 deaths in the last 24 hours, bringing the total to 2,757, a health ministry spokesman said on Monday, prompting the Middle East’s worst-hit country to consider tougher curbs on movement. The total number of infections climbed to 41,495. “In the past 24 hours we had 117 new deaths and 3,186 […]

Iraq: Five rockets hit near US embassy in Baghdad, no casualty reported