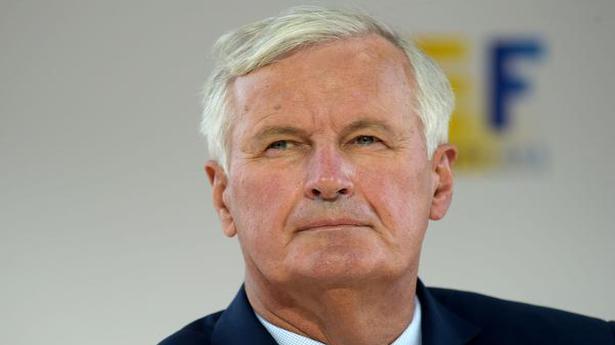 British Prime Minister Boris Johnson and the European Union’s top official are set to discuss the state of play of post-Brexit trade discussions later on Saturday after negotiators paused talks in light of their inability to bridge an array of differences.

With the discussions stuck over the same issues for months, Mr. Johnson and Ursula von der Leyen, the president of the EU’s executive European Commission, will see if there is a route to a deal.

With the U.K.’s post-Brexit transition period due to conclude at the end of the year, the discussions are clearly facing a crunch point, not least because of the necessary approvals required from both sides. Without an agreement in place, tariffs will end up being imposed on traded goods at the start of 2021.

Months of negotiations have produced agreement on a swath of issues, but serious differences remain over the level playing field — the standards the U.K. must meet to export into the bloc — and how future disputes are resolved. That’s key for the EU, which fears Britain will slash social and environmental standards and pump state money into U.K. industries, becoming a low-regulation economic rival on the bloc’s doorstep.

“We will keep calm as always and if there is a way, still a way, we will see,” Mr. Barnier said Saturday morning outside a hotel in London before heading off to Brussels.

Though the U.K. left the EU on January 31, it remains within the bloc’s tariff-free single market and customs union until the end of this year. A trade deal by then would ensure there are no tariffs and quotas on trade in goods between the two sides, but there would still be technical costs, partly associated with customs checks and non-tariff barriers on services.

Though both sides would suffer economically from a failure to secure a trade deal, most economists think the British economy would take a greater hit, at least in the near-term, as it is relatively more reliant on trade with the EU than vice versa.

Iran’s death toll from the coronavirus has risen to 2,640 and the number of infected people has reached 38,309, a health ministry official tweeted on Sunday, as the Middle East’s worst-hit country grapples with the fast-spreading outbreak. “In the past 24 hours we had 123 deaths and 2,901 people have been infected, bringing the total […]

US national pleads guilty to providing support to LeT

A US national on Wednesday pleaded guilty to the charges of helping and supporting Pakistan-based terrorist group Lashkar-e-Taiba involved in the 2008 Mumbai terror attacks. Michael Kyle Sewell (18), who was arrested in February, admitted to encouraging an individual, identified in court documents only as coconspirator 1, to join Lashkar-e-Taiba (LeT). He now faces up […]