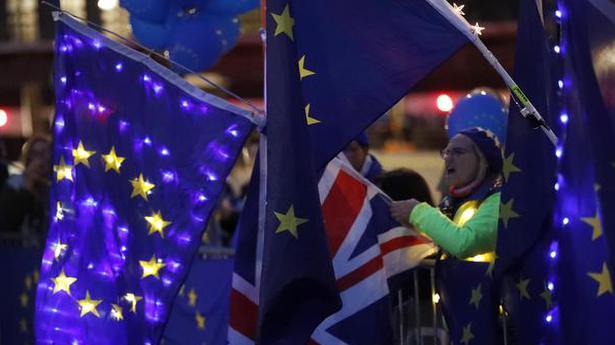 Prime Minister Boris Johnson’s decision to suspend Parliament less than two months before Britain is due to leave the European Union was unlawful, a Scottish court ruled on Wednesday though it said Britain’s top court must make the final decision.

Judges at the Court of Session in Edinburgh said the government’s action was illegal “because it had the purpose of stymieing Parliament”.

The judges said the suspension was “null and of no effect,” but referred the matter to Britain’s Supreme Court for resolution. A hearing there is due to begin on Tuesday.

After the ruling, Opposition politicians urged the government to scrap the suspension and recall lawmakers to Parliament.

A group of about 70 Opposition lawmakers challenged the government’s decision to prorogue, or formally shut down, Parliament, for five weeks until October 14 just over two weeks before Britain is due to leave the EU.

Mr. Johnson claims he took the action so that he can start afresh on his domestic agenda at a new session of Parliament next month. But the suspension also gives him a respite from rebellious lawmakers as he plots his next move to break the political deadlock and lead Britain out of the EU by October 31.

Last week, a court in Edinburgh rejected the lawmakers’ challenge, saying it was a matter for politicians, not the courts, to decide.

But that was overturned on Wednesday on appeal.

Jolyon Maugham, a lawyer who is part of the claim, said he believed “that the effect of the decision is that Parliament is no longer prorogued”.

The British government said it was disappointed by the decision and confirmed it would appeal to the Supreme Court.

In a statement, the government said it “needs to bring forward a strong domestic legislative agenda. Proroguing Parliament is the legal and necessary way of delivering this”.

It noted that another challenge to the suspension, brought by transparency campaigner Gina Miller, was rejected at the High Court in London last week.

The court ruling deepens Britain’s political deadlock, with Brexit due in about 50 days.

Mr. Johnson says the country must leave the EU on October 31, with or without a divorce deal to smooth the way. But many lawmakers fear a no-deal Brexit would be economically devastating, and are determined to stop him.

Mr. Johnson says he wants to strike a new deal with the bloc after the agreement made by his predecessor Theresa May was rejected three times by Britain’s Parliament. But EU officials say the U.K. has made no concrete proposals.

German Chancellor Angela Merkel on said Wednesday that “it’s my firm conviction that we still have a chance to achieve this in an orderly way”.

But she told lawmakers in Berlin that Germany is also prepared for a Brexit without a deal that will result in “an economic competitor at our door”.

2019: A year of rage and angst across the world

It was the year that saw the rage of the common man against the establishment. Many countries saw widespread street protests, led by students and youth, shaking the ruling elites. From the decimation of Islamic State, a rise in right-wing violence to the re-election victory of of Boris Johnson in the U.K. and the impeachment […]

Trump mulls over releasing video footage of raid on Baghdadi

President Donald Trump on Monday said he was considering releasing a part of the video footage of the U.S. special operations raid in northwest Syria that resulted in the death of elusive Islamic State leader and world’s most wanted terrorist Abu Bakr al-Baghdadi. The ISIS chief blew up his suicide vest and died when he […]

President Donald Trump said Saturday that North Korea’s Kim Jong Un wants to meet once again to “start negotiations” after joint US-South Korea military exercises end. He also said Kim apologized for the flurry of recent short-range missile tests that has rattled US allies in the region. Trump is tweeting more details from the “beautiful” […]