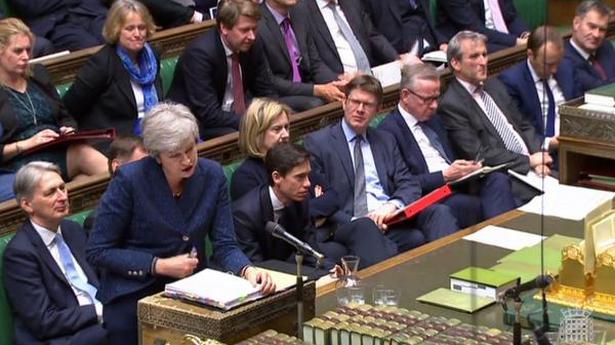 British Opposition lawmakers failed on June 12 in their latest attempt to ensure the U.K. can’t leave the European Union without a divorce deal.

The House of Commons voted 309-298 against setting aside a day later this month to try to pass legislation that would prevent a no-deal Brexit.

“This is a disappointing, narrow defeat. But this is just the start, not the end of our efforts to block ‘no deal’,” said Labour Party Brexit spokesman Keir Starmer.

The governing Conservative Party is holding a contest to replace Prime Minister Theresa May, who quit as party leader last week after Parliament three times rejected her divorce deal with the EU.

Some of the 10 contenders, including front-runner Boris Johnson , say if they become Prime Minister, they would take Britain out of the EU on the twice-extended withdrawal date, now set for October 31, with or without an agreement.

Many economists have argued a no-deal Brexit would cause economic turmoil and plunge Britain into recession. But Mr. Johnson and other Brexiteers say the Conservative Party will be destroyed by angry voters if Brexit is delayed again.

Parliament has already voted against leaving the EU without an agreement on divorce terms, but there is no easy way for lawmakers to stop a government that is determined to carrying out Brexit without a deal.

Opposition legislators fear a pro-Brexit Prime Minister could even suspend Parliament to force a no-deal exit.

Mr. Starmer said defeated June 12 motion would have ensured that “If the next Prime Minister is foolish enough to try to pursue a no deal Brexit then Parliament would have the means to prevent that”.

All efforts are being made to bring the mortal remains of the 27-year-old woman from Kerala, killed in the in the Christchurch terror attacks, the Chief Minister’s Office (CMO) said here Sunday. Ancia Alibava from Kodungallur in Thrissur district, among the 49 people who were killed in the shootouts at two mosques, was pursuing her […]

Pakistan continues to restrict its airspace after an airstrike in late February by the Indian Air Force in Balakot in northern Pakistan. The disruption is forcing international airlines to take costly and time-consuming detours to the north and south, adding flight time for passengers and fuel costs for airlines. Hundreds of commercial and cargo flights […]

Colombo on high alert after ‘warning’ of a potential explosion

Colombo went on a high alert on Thursday following a “warning” of a potential explosion. Official sources said armed police were checking vehicles and the authorities have urged residents to remain vigilant and calm. The checks were a preventive measure, the sources said. On Easter Sunday, bombings killed over 250 people in the island nation. […]