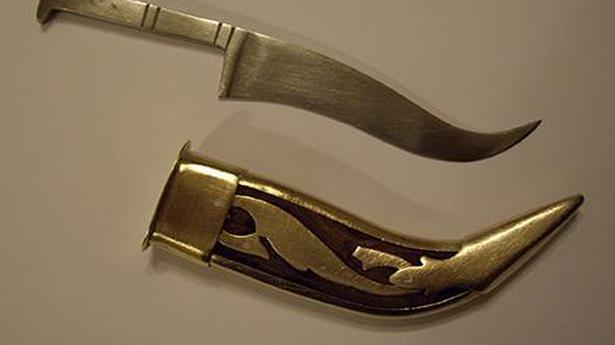 The U.K. government has passed an amendment by which Sikhs in the country will be allowed to carry kirpans and use it during religious and cultural functions. The ‘Offensive Weapons Bill’ received the royal assent this week.

The Bill had been amended late last year to ensure that it would not impact the right of the British-Sikh community to possess and supply kirpans, or religious swords. “We have engaged closely with the Sikh community on the issue of kirpans. As a result, we have amended the Bill to ensure that the possession and supply of large kirpans for religious reasons can continue,” a U.K. Home Office spokesperson said.

The All Party Parliamentary Group for British Sikhs had led a delegation to the U.K. Home Office to ensure that the kirpan remains exempt when the new Bill becomes law.

Large kirpans, with blades over 50 cm, are used by the community during religious ceremonies in gurdwaras as well as for ceremonies involving the traditional Sikh Gatka martial art. The Offensive Weapons Act covers new offences around possession of certain offensive weapons in public.

Chinese spy defected to Australia with trove of intelligence: report

A Chinese spy has defected to Australia with a trove of intelligence on China’s political interference operations in Hong Kong, Taiwan and elsewhere, according to a media report on Saturday. The Nine network newspapers said the defector, named as Wang “William” Liqiang, had given Australia’s counter-espionage agency the identities of China’s senior military intelligence officers […]

Brazil foreign minister says ‘there is no climate change catastrophe’

Brazil’s Foreign Minister Ernesto Araujo denied on Wednesday that his country was burning down the Amazon rainforest and said unfounded alarm over global climate change was threatening Brazilian sovereignty. “There is no climate change catastrophe,” Araujo said in a talk at Washington’s Heritage Foundation. “From the debate that is going on it would seem that […]