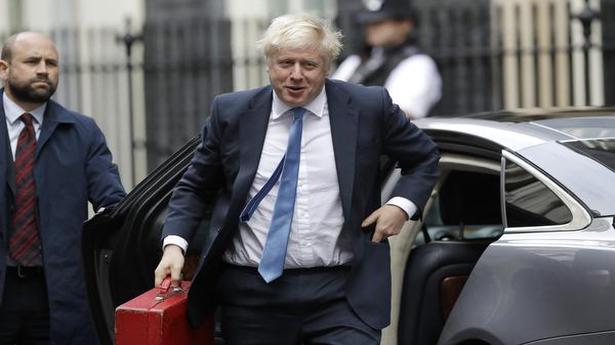 British lawmakers are returning to the House of Commons on September 25 following the bombshell Supreme Court ruling that Prime Minister Boris Johnson had acted illegally by suspending Parliament in effect stymieing their efforts to consider laws surrounding Brexit.

The historic move backed Parliament’s sovereignty and slapped down what justices viewed as an effort by Mr. Johnson that essentially squelched debate. The Prime Minister hurried back to London after cutting short a trip to the U.N. General Assembly amid demands for his resignation from furious opposition parties.

In New York, Mr. Johnson brushed aside questions about whether he would resign, said he “strongly” disagreed with the court decision and suggested he might try to suspend Parliament for a second time. Cabinet Minister Michael Gove says the government “respected” the court decision but refused to apologise for breaking the law.

“I think it’s important to stress that while the Supreme Court was clear, there is a respectable legal opinion that disagrees with that view,” Mr. Gove told the BBC. “It’s perfectly possible in a democracy to say you respect a judgment and will comply with the judgment, but you also note that there are a range of views about the appropriateness of a particular course of action.”

Opposition leader Jeremy Corbyn countered that Mr. Johnson should say he was sorry to the public and to Queen Elizabeth II for telling her that Parliament should be suspended. The suspension would have limited debate before Britain’s scheduled Oct. 31 departure from the European Union.

“I think he should apologise to her [the Queen] for the advice he gave her but, more importantly, apologize to the British people for what he’s done in trying to shut down our democracy at a very crucial time when people are very, very worried about what will happen on Oct. 31,” Mr. Corbyn told the BBC.

Mr. Johnson remains on a collision course with Parliament over his determination to extract Britain from the EU on Oct. 31, even if no divorce deal is reached. Parliament has passed a law requiring him to seek an extension if there is no deal, but Mr. Johnson says he won’t do that under any circumstances.

Mr. Johnson will address Parliament on September 25 afternoon but has begun to position himself as the champion of the people facing a recalcitrant establishment bent on frustrating the 2016 Brexit vote. The lawmakers will also discuss Brexit readiness preparations and the collapse of tour operator Thomas Cook as the session resumes.

In his speech in New York, Mr. Johnson mentioned Brexit only once as a pointed aside while recalling the myth of Prometheus, who was chained to a rock by Zeus and sentenced to have his liver eaten out by an eagle for eternity.

“And this went on forever,” he quipped, “a bit like the experience of Brexit in the U.K, if some of our parliamentarians had their way.”

Three die after supermarket set on fire in Chile’s Santiago

At least three people died after a supermarket in the Chilean capital Santiago was set alight by demonstrators, while many flights into the city’s airport were suspended as crew were unable to get to work, the city’s governor said on Sunday. Santiago and other Chilean cities have been engulfed by several days of rioting as […]

President Donald Trump declared on Wednesday that the U.S. is “very, very ready” for whatever COVID-19 threat brings, and he put his Vice-President Mike Pence in charge of overseeing the nation’s response. Mr. Trump sought to minimise fears of the virus spreading widely across the U.S. But he said he was ready to spend “whatever’s […]

Even poop is cute at Japanese museum that encourages play

Japan’s culture of cute makes no exceptions for poop. It gets a pop twist at the Unko Museum in Yokohama near Tokyo. Here, the poop is artificial, nothing like what would be in a toilet, and comes in twisty ice cream and cupcake shapes, in all colors and sizes. “The poops are colorful and come […]