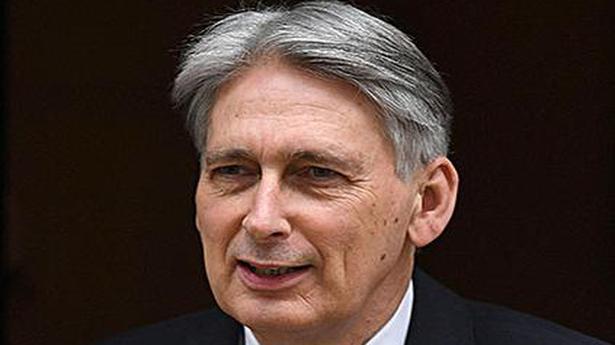 Indians are among the largest group of professionals set to benefit from a new U.K. government plan to remove any limit on the number of PhD-level work visas to be granted. U.K. Chancellor Philip Hammond announced on Wednesday in a Budget update, referred to as the annual Spring Statement, that from later this year all such highly-qualified roles will be exempt from any cap on the numbers that can apply and come to work in Britain.

“[A] key pillar of our plan is backing Britain to remain at the forefront of the technology revolution that is transforming our economy. And to support that ambition, from this Autumn we will completely exempt PhD-level roles from the visa caps,” Mr. Hammond said in his speech in the House of Commons.

“From Autumn 2019, PhD-level occupations will be exempt from the Tier 2 (General) cap, and at the same time the government will update the immigration rules on 180-day absences so that researchers conducting fieldwork overseas are not penalised if they apply to settle in the U.K.,” he added in his statement.

According to the most recent U.K. Home Office data, Indians form the largest chunk of highly-skilled professionals within the Tier 2 (General) category of work visas, accounting for 54% of all such visas granted in 2018. Indian nationals also marked the largest increase in the grant of Tier 2 visas last year, up by 6% at 3,023 more visas compared to the previous year.

The U.K. government’s latest PhD-level visa exemption was welcomed by U.K. universities, who are key employers of international researchers. Universities UK International, the main representative body for the U.K.’s higher education institutions, said that despite making up only 0.9% of the global population, the U.K. is responsible for 15.9% of the world’s most highly-cited research articles.

A pre-dawn fire on Wednesday forced Japan’s space agency to cancel the launch of an unnamed rocket meant to deliver supplies to the International Space Station, the operator said. The fire broke out near the launch pad on southern Tanegashima island at around 03:05 am (1805 GMT on Tuesday), as Mitsubishi Heavy Industries (MHI) was […]

Analysis: A moment of reckoning for Indian Americans

After Indian American engineer Srinivas Kuchibhotla was killed by a white nationalist in Kansas in February 2017, it took several weeks before the new President, Donald Trump, condemned it, only obliquely still, upsetting the community. Democrat Bernie Sanders instantly came out in support of the family and the community, and said the President’s rhetoric on […]

China on Friday said its ties with India had a “bright future” and they were preparing for a summit between their leaders as a follow-up to last year’s two-day across-the board Wuhan informal summit between President Xi Jinping and Prime Minister Narendra Modi. At a press conference on a three-day Belt and Road Forum for International […]