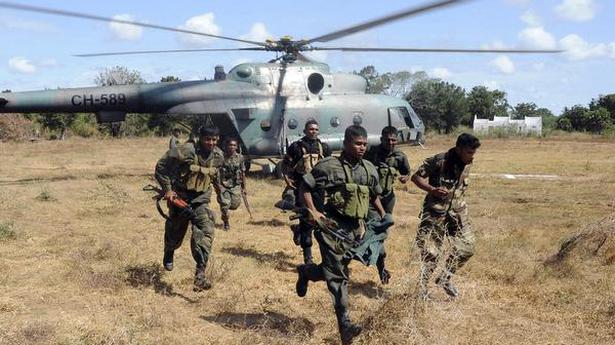 London police said on Monday they have launched an investigation into alleged war crimes by British mercenaries who trained a security force accused of brutalising Tamil people during Sri Lanka’s civil war.

The war crimes unit of the Metropolitan Police said it was acting on a referral received in March “concerning war crimes alleged to have been committed by British mercenaries in Sri Lanka during the 1980s”.

“Following receipt of the referral, the War Crimes Team began a scoping exercise into the matter and have subsequently launched an investigation,” it said, declining to comment further while the probe is ongoing.

The investigation concerns Keenie Meenie Services (KMS), a now-defunct private security company that trained an elite unit of the Sri Lankan police called the Special Task Force (STF)in the 1980s to fight Tamil separatists, according to the BBC.

The STF has been accused of summary executions of alleged Tamil Tiger rebels and killings of Tamil civilians.

The probe follows the publication in January of a book by investigative journalist Phil Miller called “Keenie Meenie: The British Mercenaries Who Got Away with War Crimes”.

“A lot of Tamil people became refugees in the 1980s, that’s when KMS were there,” Mr. Miller told the BBC.

“People remember being attacked by helicopter gunships so I think people are quite shocked to learn that in many of those cases helicopters were flown by British mercenaries,” he said.

KMS was founded in the 1970s by former officers of Britain’s elite Special Air Service, including David Walker.

It ceased trading in the 1990s and Walker, 78, is now listed as one of the directors of another London-based company, Saladin Security.

The BBC quoted a representative of Walker as saying: “The allegations that David Walker or staff of KMS Limited were complicit in war crimes in Sri Lanka in the mid-1980s is categorically denied.”

The police unit “has not yet asked for assistance from Saladin or Mr Walker, but they will be happy to cooperate if asked”, the representative added.

The United Nations has accused the Sri Lankan forces of killing at least 40,000 Tamil civilians in its military campaign, an allegation denied by successive governments.

Google at odds with U.S. over protective order for firms tied to lawsuit

The government also said that highly confidential files in the last big technology antitrust case, which involved Microsoft Corp about 20 years ago, were only available to the company’s outside counsel. (Subscribe to our Today’s Cache newsletter for a quick snapshot of top 5 tech stories. Click here to subscribe for free.) Alphabet Inc’s Google […]

Sri Lanka is set to enter into an agreement with the Reserve Bank of India (RBI) for a currency swap worth USD 400 million to boost the foreign reserves and ensure the financial stability of the country which is badly hit by the coronavirus (COVID-19) pandemic, a top minister has said. Testing time as Sri […]

The hours-long gunbattle between Afghan security forces and insurgents in Jalalabad was still ongoing Sunday evening, and casualties were likely to rise Source: thehindu.com Related