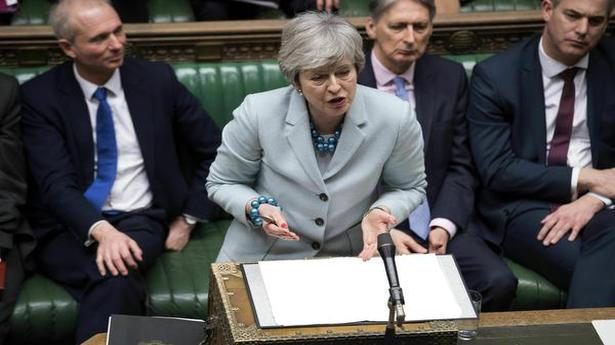 The British government suffered a further political defeat on Monday night, as MPs voted to wrest control of the Brexit timetable from the government on Wednesday, to hold a series of indicative votes to attempt to determine what course of action could command a majority in Parliament.

The MPs voted by 329 to 302 in favour of an amendment to a motion – introduced by Conservative MP Oliver Letwin – to enable the series of unspecified votes to take place on Wednesday, despite the government’s assurance that it would be willing to hold such votes.

The defeat highlights the extent to which power has slipped from the government, and the lack of trust with which their assurances and pledges for future steps are treated by parliamentarians. The government has insisted it cannot commit to respecting the results of the indicative vote without knowing what these are going to be.

The government also narrowly avoided defeat by 314 to 311 – on an amendment moved by Labour MP Margaret Beckett that would have required the Parliament to be recalled to consider voting on a no-deal Brexit.

Prime Minister Theresa May had earlier in the day insisted that indicative votes merely “produced contradictory outcomes or no outcome at all,” and that there was a risk that the votes could lead to an outcome that was “unnegotiable with the EU.”

Ms. May was forced to acknowledge that her withdrawal deal still struggled to command the necessary support to get it through the House of Commons. If no deal is agreed this week then MPs will have time till April 12 to come up with alternative routes forward. If it were accepted then the UK will leave the EU on May 22.

While Labour Leader Jeremy Corbyn hailed the Parliament for “taking control” and called on the government to take the process seriously, the government warned that the vote upended “the balance between our democratic institutions and sets a dangerous, unpredictable precedent for the future.”

The election commission in its labyrinth

The much-delayed Afghan presidential election was held on September 28 with a dismal turnout of nearly 2.6 million voters. However, the low polling numbers, representing less than a third of the 9.6 million registered voters, are less of a concern for the Afghan Independent Election Commission (IEC) than the actual process of counting valid votes […]