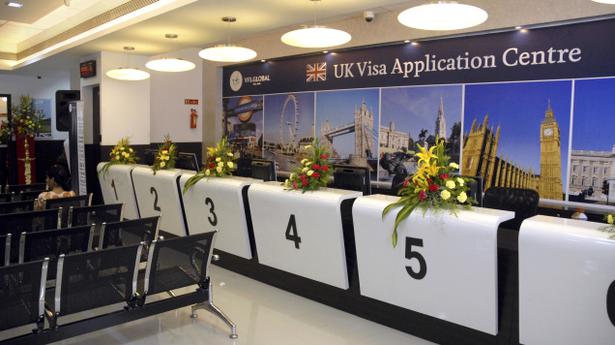 U.K. has decided to re-introduce the two-year post-study work visa for international students, boosting opportunities for talented students to build successful careers there after their education.

The move comes after intense debate and demand by the universities in the U.K. that feared losing talent to other countries. The work visa was revoked in 2012 by the then government, affecting the international student admissions as they had to leave just four months after completing their course.

“This is fantastic news for Indian students, who will now be able to spend more time in the U.K. after completing their degree, allowing them to gain further skills and experience,” according to Sir Dominic Asquith, British High Commissioner to India.

According to the new proposals, complete restrictions have been lifted on the kinds of jobs they prefer to pursue. The British High Commission here said that the new ‘graduate’ route will be open to all international students – including those from India – who have valid U.K. immigration status as a student and have successfully completed a course of study in any subject at undergraduate level or above at an approved U.K. Higher Education Provider.

Steve Smith, Chair, Universities U.K. International, during an interaction with The Hindu recently agreed that they were working with the government on re-introducing the work visa. Its removal had actually led to fall in the number of Indian students but the numbers have doubled over the last three years. Last year alone there was a massive 42% increase.

As of now 19,750 Indian students are on U.K. campuses including 11,255 pursuing Masters degree. As per Higher Education Statistics Agency (HESA) out of the 19,750 students, 11,255 are pursuing post-graduate courses, 1,555 are into postgraduate research courses and 6,945 are in undergraduate courses.

The U.K. varsities feel the new move will be a big boost to attract the best talent from India and open up more opportunities to work in the field of science, technology, and research.

Andrew Fleming, British Deputy High Commissioner to Andhra Pradesh and Telangana, welcomed the move and felt Indian students particularly would be pleased. He said 96% of all Indians who applied for a UK visa were successful.

The visa will be applicable to the 2020-21 year intake of students and after the two years, they will be able to switch onto the skilled work visa if they find a job which meets the skill requirement of the route. Unlike the route which closed in 2012, this new route will also include safeguards to ensure only genuine, credible students are eligible.

The status of each higher education institution will be shown in the register of licensed sponsors, which is publicly available on the Gov.UK website.

Watch | Longest stay in space by a woman

The US has advised its citizens to reconsider their travel to Pakistan due to terrorism and asked them not to travel to restive Balochistan, Khyber Pakhtunkhwa and Pakistan occupied Kashmir (PoK), identified as the most dangerous areas due to terror attacks. While Pakistan in general has been placed in “Level Three” category in the latest […]

Sohail Mahmood, the current High Commissioner of Pakistan to India is scheduled to take charge as the next Foreign Secretary in Islamabad, diplomatic sources confirmed on Sunday. The confirmation came hours after Foreign Minister Shah Mahmood Qureshi announced the appointment during an interaction with the media in Multan. Mr. Mahmood who was called home for […]