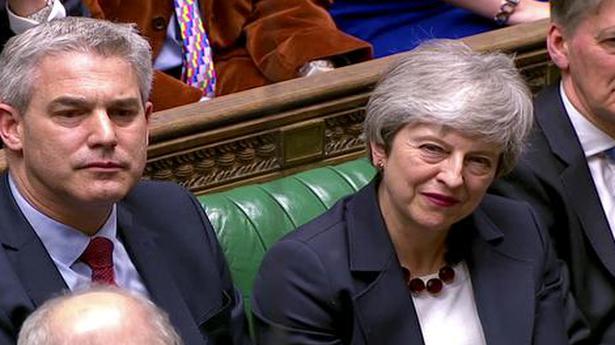 An indicative vote in the British Parliament on a series of eight alternative Brexit options concluded with no clarity on Wednesday, as MPs failed to rally behind any single option. None of the options – which ranged from pushing for a no-deal Brexit, to customs union membership, to a confirmatory public vote on any withdrawal deal – commanded support from a majority of MPs.

Conservative MP Oliver Letwin, who had led the indicative process, in which MPs seized control of the parliamentary timetable from the government, expressed disappointment with the outcome but insisted that the House ought to go ahead with a second round of votes on Monday.

The option that commanded the highest level of support (with 268 in favour and 295 against) was the option put forward by Labour MP Margaret Beckett that would require any deal to be subject to a confirmatory public vote – essentially a second referendum. The second most popular one (264 to 272) would keep the U.K. within the EU customs union.

One of the bigger surprises of the evening was the lack of popularity for the idea that has come to be known as “Common Market 2.0” – that would keep Britain in the European Free Trade Association, and in an effective customs union and single market with the EU (requiring the UK to keep freedom of movement with the EU). With not all MPs voting on all the options, however, there is the potential for the numbers on all sides to change considerably if a shorter list of options were presented to MPs.

MPs are set to take control of the parliamentary timetable again on Monday afternoon, which could provide the option for a second round of votes. Letwin admitted that while the failure of the house to agree on a solution was a “very great disappointment” he had predicted this would be the case and harboured the hope that another vote on Monday would provide more clarity. Quite how the process will work on Monday – and how the list could be whittled down – remains undecided for now.

However, Brexit Secretary Stephen Barclay said that the vote showed there were “no easy options” and no simple way forward, and insisted that it strengthened the government’s view that the deal they had negotiated was the best option.

It comes amid ongoing uncertainty about whether the government will bring the withdrawal agreement back to MPs again later this week – most likely on Friday. While the Prime Minister’s pledge to make way for a successor before the next stage of negotiations with the EU has resulted in a number of Conservative MPs – notably Boris Johnson – agreeing to vote for the Prime Minister’s withdrawal deal, the DUP has remained adamant it will oppose it. Without this support the government would struggle to command the majority it needs to get the bill through Parliament.

According to the extension agreed by the EU last week, the May 22 deadline only applies if the existing withdrawal deal is approved this week. If it isn’t then MPs have till April 12 to come up with an alternative road ahead or else Britain will crash out of the EU. Also on Wednesday, European Council President Donald Tusk appealed to Members of the European Parliament not to rule out agreeing to a longer extension despite warnings that it would add to uncertainty.

May to step down

The indicative votes rounded off a particularly dramatic day for British politics as the Prime Minister said she had taken the decision to step down earlier than she had intended as the mood of Conservatives in parliament had become clear. “I know there is a desire for a new approach – and new leadership – in the second phase of the Brexit negotiations – and I won’t stand in the way of that,” she told MPs of the Conservatives backbench 1922 committee on Wednesday afternoon.

The U.S.’s primary legal professional association, the American Bar Association (ABA), has issued a statement saying India has violated its international treaty obligations in the case of Manipur journalist Kishorchandra Wangkhem, who has been imprisoned in Manipur since November 27, 2018 under the National Security Act. “A review of court records and Mr. Wangkhem’s statements […]

Taliban delegation on its way as U.S. envoy holds talks in Pakistan

The Taliban announced on Wednesday they are sending a high-level delegation to Pakistan’s capital as part of a tour that has included Russia, China and Iran in a push to resurrect an Afghanistan peace deal with Washington that seemed imminent just a month ago. Mullah Abdul Ghani Baradar, a co-founder of the Taliban and head […]

Angry residents of the eastern Congo city of Beni burned the town hall and stormed the United Nations peacekeeping mission on Monday after rebels killed eight people and kidnapped nine overnight in their latest assault. Gunfire could be heard as police and peacekeepers tried to disperse crowds who attacked the U.N. base and burned U.N. […]