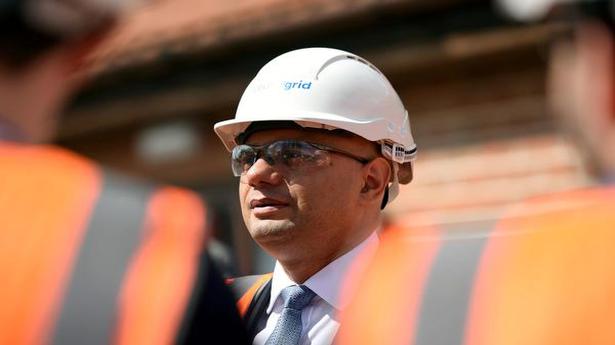 U.K. Finance Minister Sajid Javid said on October 14 he planned to deliver Britain’s first post-Brexit budget statement on Nov. 6, less than a week after the country’s deadline for leaving the European Union, if it exits with a deal. “I will be setting out our plan to shape the economy for the future and triggering the start of our infrastructure revolution,” Mr. Javid said in a statement.

However, in the event of a no-deal Brexit — which would cause a major shock to the world’s fifth-largest economy — the government would act quickly to outline its approach and “take early action to support the economy, businesses and households”, followed by a budget in the weeks after, the government said.

Prime Minister Boris Johnson says he will take Britain out of the EU on October 31, if necessary without a transition deal to soften the economic turmoil. But lawmakers have passed legislation aimed at forcing him to seek a delay if there is no transition.

The opposition Labour Party said the budget announcement would probably be aimed at wooing voters before an early election that Mr. Johnson is demanding.

“We expect more of the same. An electioneering stunt rather than a budget to rebuild our stalling economy and reset the direction of our country,” John McDonnell, Labour’s top finance official, said.

Mr. Javid, who took office in July, has already announced the biggest increase in day-to-day public spending in 15 years, putting borrowing on course to overshoot a cap set by his predecessor, Philip Hammond.

Mr. Javid has suggested he is prepared to borrow more in the future to take advantage of record-low borrowing costs. Britain has steadily cut its budget deficit from almost 10% of gross domestic product in 2010 to just under 2% now.

But analysts have warned that Mr. Javid could end up weakening Britain’s budget credibility by making big spending pledges at a time when the economy has slowed and the outcome of Brexit remains so unclear.

India votes in favour of Israel against Palestinian NGO in UN

In a rare move, India voted in favour of a decision introduced by Israel in the UN Economic and Social Council (ECOSOC) that objected to granting consultative status to a Palestinian non-governmental organisation, after the Jewish state said the organisation did not disclose its ties with Hamas. Israel introduced at a meeting of the ECOSOC […]

The new restriction, which means travellers including Britons arriving in the UK would have to self-isolate at a private residence or be fined up to £1,000 or be deported for flouting the rules, is expected to take effect at the end of this month Source: thehindu.com Related

A Sri Lankan court on Friday directed police to exhume the remains of an Easter Sunday terror suspect from a cemetery in the eastern district of Batticaloa, following residents’ protests amid tenuous communal relations in the multi-ethnic district. Earlier, Muslims of Kattankudy town in Batticaloa had rejected burial space for Mohamed Nazar Mohamed Azad, who […]