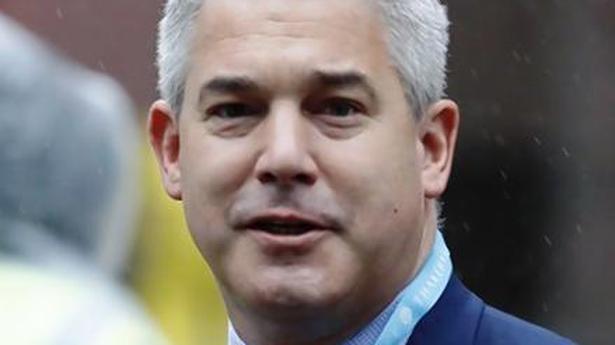 Britain hinted on Sunday that it could be open to changes to its latest Brexit proposals for Northern Ireland, as European leaders piled pressure on Prime Minister Boris Johnson to revise the plans.

Brexit Secretary Stephen Barclay reiterated that the ideas formally submitted to Brussels this week were “a broad landing zone” to be discussed during “intense negotiations in the coming days”.

He urged the bloc to show “creativity and flexibility” to secure a deal ahead of October 31 — when Mr. Johnson has vowed Britain will end its 46 years of EU membership with or without an agreement.

“We’ve set out very serious proposals, including compromise on our side,” Mr. Barclay told the BBC.

“We do need to get into the intensive negotiations on the text to clarify what the deal is.”

Mr. Barclay added the government was considering holding a parliamentary vote ahead of a make-or-break EU summit on October 17-18 to show bloc leaders that Mr. Johnson’s plans have MPs’ support.

But European leaders, who have reacted tepidly to the propositions and urged London to offer a revised, viable way forward, are yet to agree even to ramp up negotiations.

Brussels reportedly balked at Britain’s request to keep initial discussions on the proposals going through the weekend.

The EU instead want reworked plans submitted by the end of the week, with time running out ahead of the summit.

Brussels has said the plans “do not provide a basis for concluding an agreement”.

Mr. Barclay, who will travel to Amsterdam later Sunday for Brexit talks, hinted that Britain could be willing to consider alternative ways of meeting its aims. “We’re ready to work on that,” he said.

Ireland’s leader Leo Varadkar said on Saturday there is “plenty of time” for U.K. to put forward alternatives.

Trump warns China of consequences if found responsible for COVID-19

U.S. President Donald Trump has warned China of consequences if it was “knowingly responsible” for the spread of the novel coronavirus pandemic. Trump, who has expressed his disappointment over handling of the coronavirus disease by China, alleged non-transparency and initial non-cooperation from Beijing with Washington on this issue. “If they were knowingly responsible, then there […]

In a show of strength and solidarity, five Tamil parties in Sri Lanka recently came together and put down their expectations of presidential candidates seeking their support in the November 16 election. The initiative, led by students of the University of Jaffna and the Eastern University in Batticaloa, culminated in a 13-point proposal. Call for […]

Shouting “Wearing a mask is not a crime,” tens of thousands of protesters marched in central Hong Kong on Sunday, as a court rejected a second attempt to block a ban on masks aimed at quashing violence at pro-democracy rallies. The ban, which took effect Saturday, triggered chaos for a third straight day in the […]