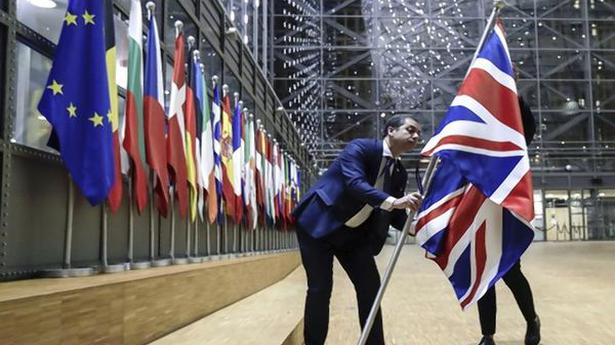 The U.K. government says the stopgap agreement paves the way for future negotiations on a new tailor-made U.K.-Canada trade deal.

The U.K. signed an interim trade deal with Canada on Saturday, the second major agreement the country has reached as negotiators hurry to cement trading relationships in preparation for life outside the European Union (EU).

While Britain formally withdrew from the EU in January, it continues to trade with other countries under the Bloc’s umbrella during a transition period that is scheduled to end on December 31.

Without a series of new bilateral agreements, trade with countries around the world may be hampered by barriers such as tariffs and increased paperwork.

The U.K. government says the stopgap agreement paves the way for future negotiations on a new tailor-made U.K.-Canada trade deal.

Thailand’s chaotic election took another turn on Thursday when the Election Commission announced that the pro-Army party, which is seeking to keep the current junta leader in power, had won the popular vote, with 100% of ballots counted. The announcement does not make clear the overall winner of Sunday’s general election, the first since a […]

U.S. President Donald Trump stirred up fresh outrage on social media Monday with a tweet mocking an impassioned speech made by 16-year-old activist Greta Thunberg at the UN climate summit in New York. Her voice shaking with emotion in an address that was the defining moment of the summit, Ms. Thunberg accused world leaders of […]