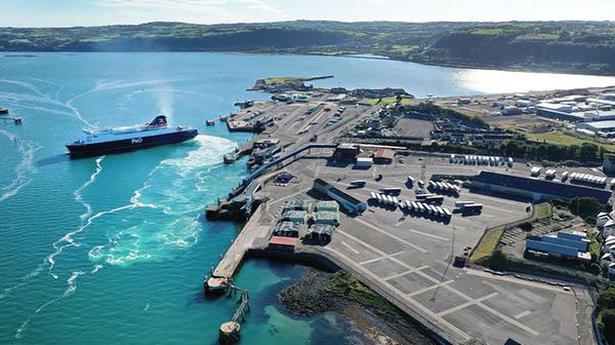 Northern Ireland will not be ready on January 1 to implement the systems needed to keep trade moving with the rest of the United Kingdom as required by the Brexit divorce deal, the National Audit Office (NAO) said on Friday.

The audit office, which reviews government spending, said that all U.K. borders would face widespread disruption when Britain finally leaves the European Union’s orbit, whether or not it strikes a deal with the bloc.

“There is a risk that widespread disruption could ensue at a time when government and businesses continue to deal with the effects of COVID-19,” it said.

From January 1, exporters will need to file customs and safety declarations, even if Britain does secure an agreement.

However, the NAO said ports now have little time to integrate or test their systems with the government’s yet-to-be launched IT services, and there are still not enough customs sites or customs brokers to help industry adapt.

One of the most challenging areas will be Northern Ireland which will require some goods arriving from the rest of the U.K to be checked in order to protect trade with EU member, Ireland.

The NAO said the department responsible for animal and plant checks now believes the systems and infrastructure will not be ready in time. It is exploring contingency options.

The report added that the customs office has made good progress but says its work is “very high risk”. It is also looking for alternative options. The plans for the sensitive province of Northern Ireland helped Britain secure a divorce deal with the EU, and Brussels has said that a full and timely implementation is crucial.

While the European Commission declined to comment on Friday’s report, two European diplomats said that while certain elements were clearly not going to be ready, the bloc could live with temporary arrangements that guarantee strong controls.

Other areas of concern include problems with preparing transit movements that enable goods to move across multiple EU borders with fewer checks, and the software that needs to cope with an expected 270 million customs declarations a year.

President Donald Trump declared on Wednesday that the U.S. is “very, very ready” for whatever COVID-19 threat brings, and he put his Vice-President Mike Pence in charge of overseeing the nation’s response. Mr. Trump sought to minimise fears of the virus spreading widely across the U.S. But he said he was ready to spend “whatever’s […]

U.S. has hit agreed troop-cut target of 8,600 in Afghanistan

The United States has reduced its troop presence in Afghanistan to 8,600, fulfilling its obligation as part of a February deal with the Taliban, the Source: thehindu.com Related

Indonesia has called off a contest offering a cash reward to anyone brave enough to remove a motorbike tyre stuck around the neck of a giant crocodile. Authorities in Palu, capital of Central Sulawesi, said no would-be crocodile wrangler stepped forward to take up the challenge of removing the unwanted necklace from the 13-foot (4-metre) […]