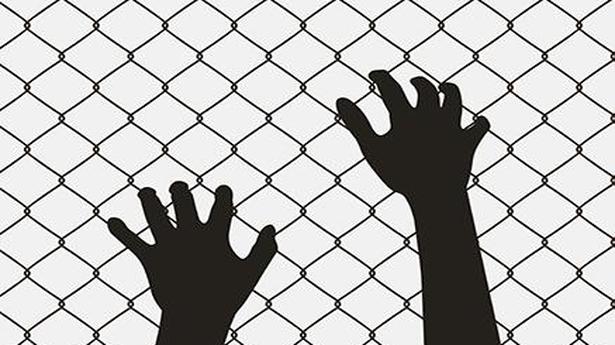 Britain’s Supreme Court on Wednesday ruled in favour of a Sri Lankan Tamil asylum seeker’s claim that the Home Office was wrong to reject his contention that he was tortured back in Sri Lanka, and asked the Upper Tribunal to look at the case afresh, in what is considered a landmark judgment.

The Supreme Court, in its judgment, also pointed to “well established evidence” of “extensive torture” by Sri Lankan state forces in 2009.

The individual — named as KV — arrived in the U.K. in 2011 and claimed asylum, alleging that he was tortured by Sri Lankan forces on suspicion of association with the LTTE. He had “five long scars on his back and two shorter scars on his right arm,” which were the clear “product of branding with a hot metal rod.”

However, the tribunal that looked at the case concluded that the wounds were the result of “self-inflicted by proxy”(SIBP) and inflicted on him voluntarily in an attempt to “manufacture” evidence for an asylum claim, rejecting evidence on behalf of KV from a medical expert who said clinical findings – based on the Istanbul Protocol (the international guidelines on documenting torture) – were highly consistent with his account of torture. The Court of Appeal reached a similar conclusion.

In its judgment, the Supreme Court weighed two possibilities: that KV had been tortured and that the wounds had been inflicted by SIBP. “That there was extensive torture by state forces in Sri Lanka in 2009 was well established in the evidence before the tribunal,” the court said. “By contrast evidence of wounding SIBP on the part of asylum-seekers was almost non-existent.” Quoting a dissenting opinion by one of the judges in the initial appeal, the Supreme Court concluded that “very considerable weight should be given to the fact that injuries which are SIBP are likely to be extremely rare.”

The court noted that a person would likely need the involvement of a qualified doctor who would have to have acted in breach of “the most fundamental and ethical standards,” while having access to the necessary medical equipment.

The judgment was welcomed by human rights campaigners, who said the court had reasserted the value of medical experts in torture claims as well as the “authoritative” status of the Istanbul Protocol when it came to assessing asylum claims. “Deplorable efforts by decision makers to dismiss this evidence are another symptom of the culture of disbelief that is the hallmark of the hostile environment,” said Sonia Sceats, chief executive of Freedom from Torture, one of three human rights organisations that submitted evidence to the court.

China calls on India, Pakistan to resolve disputes through talks as Qureshi arrives for talks

China on Friday called on India and Pakistan to resolve their disputes through dialogue and negotiation as Pakistan Foreign Minister arrived here to seek Beijing’s support after New Delhi revoked the special status to Jammu and Kashmir. Informed sources here said Shah Mahmood Quresh is in Beijing to seek all-weather ally China’s support for Pakistan’s […]

Seeking free access of foreign journalists and Congressmen to Kashmir, six American lawmakers have written to Indian Ambassador to the U.S. Harsh Vardhan Shringla, claiming that the picture portrayed by India in the Valley is different from the one being told to them by their constituents. The lawmakers’ letter to Mr. Shringla comes as the […]

A United Kingdom court on Monday ordered that a Force India yacht linked to former liquor baron Vijay Mallya be sold and its proceeds amounting to Euro 6 million be used to repay Qatar National Bank to enforce its mortgage on the vessel. Justice Nigel Teare handed down a judgment in the Admiralty Division of […]