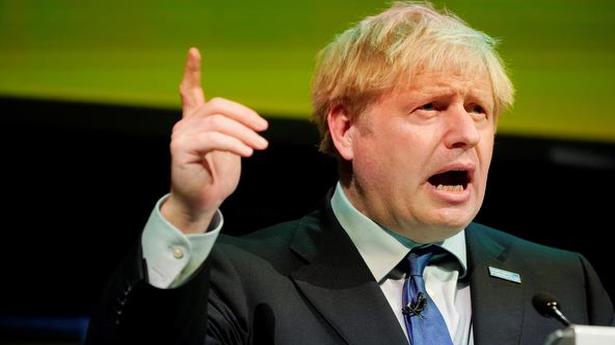 British Prime Minister Boris Johnson’s decision to shut down Parliament for five weeks in the run-up to Brexit was unlawful, the U.K. Supreme Court ruled on Tuesday in a humiliating rebuke to him.

The unanimous decision by the 11 presiding judges thrusts Britain’s exit from the European Union further into turmoil as it undermines Mr. Johnson and gives legislators more scope to oppose his Brexit plans.

“The decision to advise Her Majesty to prorogue Parliament was unlawful because it had the effect of frustrating or preventing the ability of Parliament to carry out its constitutional functions without reasonable justification,” Supreme Court President Brenda Hale said, reading out the historic decision.

“Parliament has not been prorogued. This is the unanimous judgment of all 11 justices,” she added. “It is for Parliament, and in particular, the Speaker and the [House of] Lords, to decide what to do next.”

The Speaker of House of Commons, where Mr. Johnson has lost his majority and most lawmakers oppose his promise to leave the EU with or without a deal by October 31, said the chamber must convene without delay.

“I welcome the Supreme Court’s judgment that the prorogation of Parliament was unlawful,” said the Speaker of the House of Commons, John Bercow.

“As the embodiment of our Parliamentary democracy, the House of Commons must convene without delay. To this end, I will now consult the party leaders as a matter of urgency.”

Parliament was suspended, or prorogued in the formal term, from September 10 to October 14. The prorogation was approved by Queen Elizabeth, Britain’s politically neutral head of state, on the advice of the Prime Minister.

Some lawmakers, including those thrown out of Mr. Johnson’s Conservative Party for rebelling against his Brexit plans, had said he should resign if he was found to have misled the queen.

“It is impossible for us to conclude, on the evidence which has been put before us, that there was any reason — let alone a good reason — to advise Her Majesty to prorogue Parliament for five weeks,” the judges said.

“I invite Boris Johnson, in the historic words, to ‘consider his position’,” he told delegates at Labour’s annual conference in Brighton.

Britain said on Tuesday it was “extremely concerned” by reports that a staff member at the consulate in its former colony of Hong Kong had been detained in mainland China. Simon Cheng did not return to work on Aug. 9 after visiting the neighbouring mainland city of Shenzhen the previous day, Hong Kong news website […]

After local Guatemalan officials burned down an environmental activist’s home, he decided to leave his village behind and flee to the United States, hoping he’d be granted asylum and his little boy, whose heart was failing, would receive lifesaving medical care. But after crossing the border into Arizona in May of last year, Border Patrol […]

Russian leader Vladimir Putin and Ukrainian counterpart Volodymyr Zelensky arrived in Paris for summit talks on Monday seen as a critical opportunity to take steps to end five years of conflict in the east of Ukraine. No comprehensive peace deal is expected from the meeting — mediated by French President Emmanuel Macron and German Chancellor […]