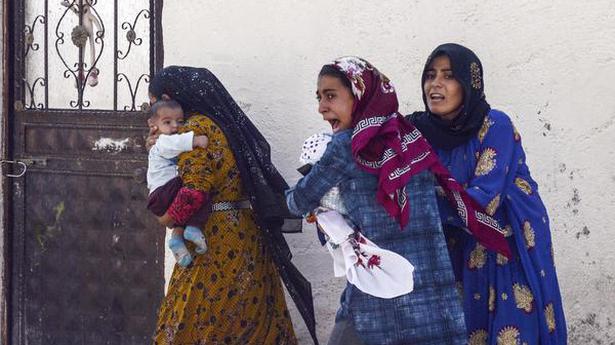 U.N. Secretary-General Antonio Guterres on Thursday called for a de-escalation of the conflict in Syria.

“I want to express my deepest concerns about the escalation of conflict in eastern Syria. It is absolutely essential to de-escalate,” he told reporters in Copenhagen.

Turkey pressed its military offensive against U.S.-allied Kurdish fighters in northeast Syria on Thursday, shelling towns and bombing targets from the air in an operation that has forced thousands of people to flee their homes.

“Military operations must always respect the United Nation’s chapter and international humanitarian law, and I am worried with the humanitarian concerns that exist in relation to not only casualties but also the displacement that is taking place,” Mr. Guterres said.

An Iranian general who replaced the leader killed by a U.S. airstrike in Baghdad vowed Sunday to take revenge as Tehran abandoned the remaining limits of its 2015 nuclear deal with world powers in response to the slaying. Esmail Ghaani’s threat comes as the blowback over the U.S. killing of top Iranian general Qassem Soleimani […]

WikiLeaks founder Julian Assange, who is jailed in Britain fighting extradition to the U.S. for espionage and computer hacking, may seek asylum in France, his lawyer Eric Dupond-Moretti said on Friday. Mr. Dupond-Moretti said that Mr. Assange’s legal team would be in contact with French President Emmanuel Macron to make the case for Mr. Assange […]