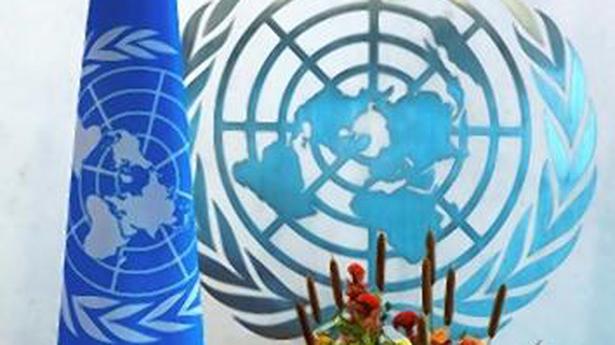 A United Nations peacekeeper was killed and four others wounded on Sunday when their vehicle hit an explosive device in northern Mali, the U.N. mission (MINUSMA) said.

The identity of the attackers was not immediately clear.

The soldiers had been participating in a patrol near the village of Aguelhok when the blast hit, U.N. mission spokesman Olivier Salgado tweeted. Elsewhere on Sunday, peacekeepers in Mali’s central region of Mopti exchanged fire with members of an unidentified armed group after they came under attack, he said.

“MINUSMA chief (Mahamat Saleh) Annadif strongly condemns the recent resurgence of this type of attacks, particularly in the centre of the country,” he said.

The West African country has been in conflict since 2012 when Islamists hijacked an ethnic uprising by Tuaregs in the north. More recently the violence has moved to central Mali, where fighting between farmers and herders has also surged this year.

Jihadist groups have exploited ethnic rivalries in Mali and its neighbours to boost recruitment and render swathes of territory ungovernable.

Less than a week ago, 38 Malian soldiers were killed in a double attack on two army camps in central Mali – among the heaviest losses for Mali’s army in recent years.

Eight people were dead and more than two dozen missing and feared deceased Monday after a scuba diving boat caught fire and sank off the California coast, with passengers trapped below deck by the roaring blaze. Fire crews in helicopters, small boats and a Coast Guard cutter battled the fierce pre-dawn fire on the 75-foot […]

U.S. House to vote to prevent Trump from Iran war

The Democratic-led U.S. House of Representatives will vote Thursday to prevent President Donald Trump from war with Iran after he ordered the killing of a top general, Speaker Nancy Pelosi said. Pelosi said that the Democrats will move forward as their concerns were not addressed in a closed-door briefing on Wednesday involving Secretary of State […]