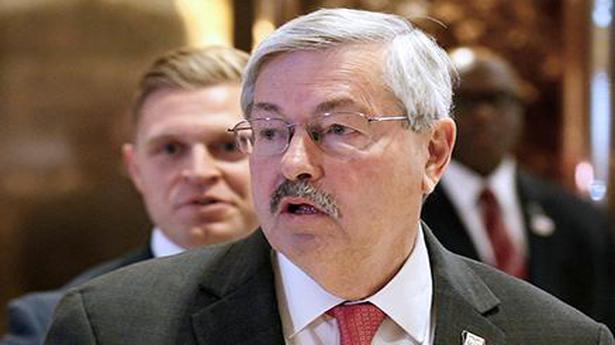 The U.S. Ambassador to China is making the first trip to Tibet by an American envoy in four years after obtaining rare access to the restricted region, his Embassy said Monday. The visit by Ambassador Terry Branstad comes two months after the U.S. State Department said Beijing had “systematically” impeded access to Tibetan areas for U.S. diplomats, journalists and tourists.

Mr. Branstad was scheduled to visit Qinghai province and the neighbouring Tibet Autonomous Region from Sunday until this Saturday, an Embassy spokesperson said in an email.

“This visit is a chance for the Ambassador to engage with local leaders to raise long-standing concerns about restrictions on religious freedom and the preservation of Tibetan culture and language,” the spokesperson said.

Mr. Branstad will have official meetings, visit schools and tour religious and cultural heritage sites. His visit comes amid rising trade war tensions between Beijing and Washington. Mr. Branstad’s predecessor, Max Baucus, visited Tibet in May 2015. According to the State Department’s March report, five out of nine U.S. requests to visit Tibet were rejected last year, including one by Mr. Branstad.

Chinese Foreign Ministry spokesman Lu Kang said Beijing welcomes Mr. Branstad’s visit so that he can witness “the earth-shaking changes in the economy, society and people’s production and life over the past 60 years after its peaceful liberation”.

“I hope Ambassador Branstad’s visit to Tibet this time can be carried out without any prejudice and can be based on an objective attitude, and based on the spirit of respecting the facts to make his own conclusions,” Mr. Lu said at a regular press briefing.

Beijing continues to be accused of political and religious repression in the region, but insists Tibetans enjoy extensive freedoms and economic growth.

At least 150 Tibetans have set themselves on fire since 2009 to protest Beijing’s presence in Tibet, most of whom later died.

The United States on Wednesday recorded 1,738 deaths from the coronavirus in the past 24 hours, a lower toll than the day before, according to a running tally by Johns Hopkins University. The new deaths bring the total number of COVID-19 fatalities in the U.S. to 46,583 since the outbreak began there, by far the […]

Mahatma Gandhi should be honoured with Congressional Gold Medal this year: US lawmaker

Mahatma Gandhi, whose principles of non-violence inspired world leaders such as Nelson Mandela and Martin Luther King, should be honoured this year with the Congressional Gold Medal, the highest civilian award in the US, as the world commemorates his 150th birth anniversary, an influential American lawmaker has said. Congresswoman Carolyn Maloney from New York, who […]