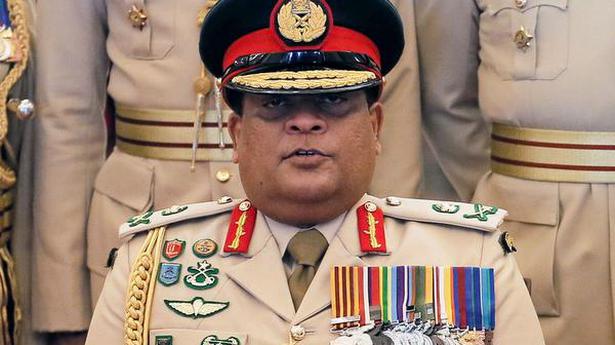 “The allegations of gross human rights violations against Shavendra Silva, documented by the United Nations and other organisations, are serious and credible,” Mr. Pompeo said in a statement.

The sanctions imposed on February 14 by Washington bar Lt. gen. Silva and his family members from entering the United States.

Lt. Gen. Silva’s appointment as Army commander in August 2019 drew sharp criticism from the United States and the United Nations.

Lt. Gen. Silva is credited with leading an Army division against Tamil Tiger rebels in the final phases of the island nation’s 26-year-long brutal civil war, which ended in 2009.

His victory, however, was highly controversial. Thousands of civilians were killed in the last phases of the armed conflict, including in areas declared by the government to be a ‘no fire zone’, which came under sustained Army shelling, including hospitals.

A United Nations panel has accused Lt. Gen. Silva’s division of suspected extrajudicial executions of unarmed rebels in the final week of the war and systematic torture of people in custody.

Action was taken against Tinder, Tagged, Skout, Grindr and SayHi after they failed to take down the improper material, says Pakistan’s telecom authority. Source: thehindu.com Related

No indication virus is seasonal: WHO

A vast number of migrating butterflies have swarmed across Lebanon this year after heavy winter rain in the Middle East led to an exceptional spring for wild flowers. “The last time this migration happened in this way was back in 1917,” said Magda Bou Dagher Kharrat, a professor in plant genetics at Lebanon’s St Joseph […]