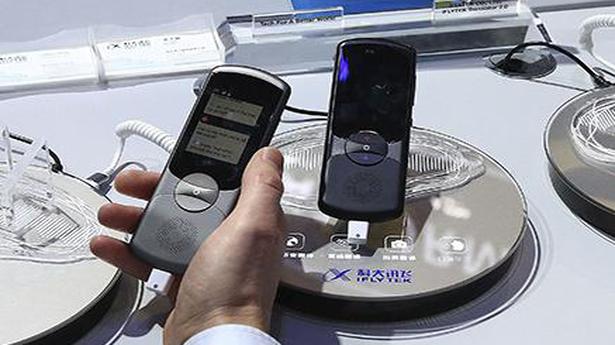 The U.S. government widened its trade blacklist to include some of China’s top artificial intelligence startups, punishing Beijing for its treatment of Muslim minorities and ratcheting up tensions ahead of high-level trade talks in Washington this week.

The action bars the firms from buying components from U.S. companies without U.S. government approval — a potentially crippling move for some of them. It follows the same blueprint used by Washington in its attempt to limit the influence of Huawei Technologies Co Ltd for what it says are national security reasons.

U.S. officials said the action was not tied to this week’s resumption of trade talks with China, but it signals no let-up in U.S. President Donald Trump’s hard-line stance as the world’s two biggest economies seek to end their 15-month trade war.

The Commerce Department said in a filing the “entities have been implicated in human rights violations and abuses in the implementation of China’s campaign of repression, mass arbitrary detention, and high-technology surveillance against Uighurs, Kazakhs, and other members of Muslim minority groups.”

“The U.S. Government and Department of Commerce cannot and will not tolerate the brutal suppression of ethnic minorities within China,” said Secretary of Commerce Wilbur Ross.

China said the U.S. should stop interfering in its affairs. It will continue to take firm and resolute measures to protect its sovereign security, Foreign Ministry spokesman Geng Shuang told a regular media briefing without elaborating.

Hikvision, with a market value of about $42 billion, calls itself the world’s largest maker of video surveillance gear.

SenseTime, valued at around $4.5 billion in a May 2018 fundraising, is one of the world’s most valuable AI unicorns while Megvii, backed by e-commerce giant Alibaba, is valued at around $4 billion and is preparing an IPO to raise at least $500 million in Hong Kong.

A U.S. Hikvision spokesman said the company “strongly opposes” the decision and noted that in January it retained a human rights expert and former U.S. Ambassador to advise the company on human rights compliance.

“Punishing Hikvision, despite these engagements, will deter global companies from communicating with the U.S. government, hurt Hikvision’s U.S. businesses partners and negatively impact the U.S. economy,” the company added.

Hikvision also said that it was assessing the potential impact of the blacklisting and was working on contingency plans.

John Honovich, founder of surveillance video research company IPVM, said Hikvision and Dahua both use Intel Corp , Nvidia Corp, Ambarella Inc, Western Digital and Seagate Technology as suppliers and that the impact on the Chinese companies would be “devastating”.

The blacklisting of Huawei has hurt many of its U.S. suppliers that depended on the world’s largest telecommunications company for revenue and made it difficult for Huawei to sell new products.

Reuters reported in August Hikvision receives nearly 30% of its 50 billion yuan ($7 billion) in revenue from overseas.

SenseTime said in a statement it was deeply disappointed by the U.S. move, that it abides by all relevant laws of the jurisdictions in which its operates and that it has been actively developing an AI code of ethics to ensure its technologies are used responsibly.

Megvii said it strongly objected to being placed on the blacklist and that it required its clients not to weaponize its technology or use it for illegal purposes.

IFlytek said its placement on the blacklist would not affect its daily operations, while Xiamen Meiya said its overseas revenue was less than 1% of total revenue and that most of its suppliers were domestic companies.

IFlytek fell 2.7% and Xiamen Meiya lost 1.8% on Tuesday as investors factored in their limited exposure to overseas markets and the potential for the U.S. action to speed up restructuring, analysts said.

Hikvision and Dahua were suspended from trade at the companies’ behest. U.S. supplier Ambarella fell 12% in after-hours trading.

Huawei has repeatedly denied it is controlled by the Chinese government, military or intelligence services and has filed a lawsuit against the U.S. government’s restrictions.

Despite Iran’s hope, Britain yet to release oil tanker

The British territory of Gibraltar is yet to release an Iranian oil tanker seized by Royal Marines in the Mediterranean despite an Iranian report that it could do so on Tuesday, an official Gibraltar source said. The commandeering of the Grace 1 on July 4 exacerbated frictions between Tehran and the West and led to […]

Iraq’s embattled premier announced on Friday he will resign in keeping with the wishes of the country’s top Shiite cleric, after nearly two months of anti-government protests that have cost more than 400 lives. Adel Abdel Mahdi’s written statement was greeted with cheers and blaring music across Baghdad’s iconic Tahrir (Liberation) Square, where crowds have […]

The World Trade Organization on Monday rejected European Union claims that it no longer provides subsidies to planemaker Airbus, underscoring tariffs recently imposed by the United States on European goods. A new compliance report from the Geneva trade watchdog found that the Airbus A380 and A350 jetliners continue to be subsidised as a result of […]