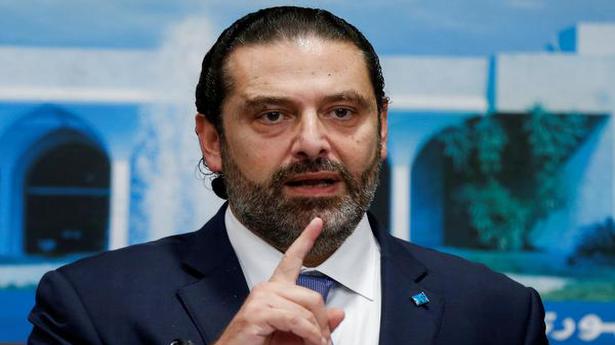 “The United States calls on Lebanon’s political leaders to urgently facilitate the formation of a new government that can build a stable, prosperous, and secure Lebanon that is responsive to the needs of its citizens,” Pompeo said in a statement.

Saad Hariri announced his resignation on Tuesday, bowing to nearly two weeks of unprecedented nationwide protests against corruption and sectarianism.

“The peaceful demonstrations and expressions of national unity over the last 13 days have sent a clear message. The Lebanese people want an efficient and effective government, economic reform, and an end to endemic corruption,” Pompeo said.

“Any violence or provocative actions must stop, and we call upon Lebanon’s army and security services to continue to ensure the rights and safety of the protesters,” he added.

Lebanon’s political leaders have appeared shell-shocked, trying simultaneously to express sympathy for the protest movement while warning of turmoil in the case of a power vacuum.

It has often taken months for Lebanon’s fractious political leaders to agree on a government line-up, a scenario Lebanon’s backers say the country can ill afford.

Popular dating apps like Grindr and OkCupid share personal data about users, including their location and sexuality, with about 100 other businesses, a Norwegian consumer group said on Tuesday, as it filed a complaint about breach of privacy rules. The Norwegian Consumer Council found that 10 widely used Android apps that gather sensitive data about […]

All passengers will be medically tested and those symptomatic of COVID-19 will not be allowed to board from Singapore. The passengers will also be screened on arrival in India and quarantined Source: thehindu.com Related