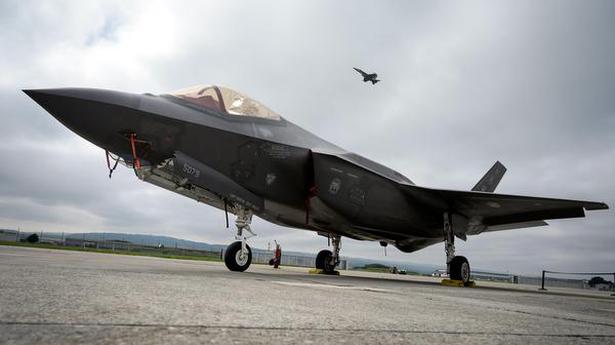 U.S. and Chinese companies dominated the global arms market in 2019, while the West Asia made its first appearance among the 25 biggest weapons manufacturers, a report by the SIPRI research institute said on Monday.

The U.S. arms industry accounted for 61% of sales by the world’s “Top 25” manufacturers last year, ahead of China’s 15.7%, according to the Stockholm International Peace Research Institute.

Six U..S companies and three Chinese firms were in the top 10, rounded out by Britain’s BAE Systems in seventh spot.

“China and the United States are the two biggest states in terms of global arms spending, with companies cut to size,” Lucie Beraud-Sudreau, director of SIPRI’s arms and military expenditure programme, told AFP.

The U.S. has dominated the market for decades, but for China — whose companies’ sales rose by almost 5% in 2019 — “this increase corresponds to the implementation of reforms to modernise the People’s Liberation Army underway since 2015,” she said.

Airbus (European, 13th in the ranking) and Thales (French, 14th) can meanwhile boast of having the strongest international presence — each is represented in 24 countries, ahead of U.S. Boeing.

“European companies are more internationalised” than others, Ms. Beraud-Sudreau said.

For the first time, a company from the West Asia made it into the “Top 25”: EDGE, of the United Arab Emirates, was formed by the consolidation of some 25 defence entities in 2019.

In 22nd spot, EDGE “is a good illustration of how the combination of high national demand for military products and services with a desire to become less dependent on foreign suppliers is driving the growth of arms companies in the Middle East,” SIPRI researcher Pieter Wezeman said in the report.

SIPRI also noted that French group Dassault had shot up from 38th to 17th place, boosted by exports of its Rafale fighter jets in 2019.

Meanwhile, two Russian companies were also in the “Top 25”, Almaz-Antey in 15th spot and United Shipbuilding in 25th.

Two police officers were killed in a shooting Sunday in the normally peaceful Honolulu, Hawaii’s governor said in a statement. The Honolulu Star-Advertiser reports that officers had responded to an assault call when they encountered a male with a firearm, who then opened fire, striking two officers. “Our entire state mourns the loss of two […]

Since the outbreak escalated in January, Thailand has reported a total of 2,907 cases and 51 deaths, while 2,547 patients have recovered and gone home Source: thehindu.com Related