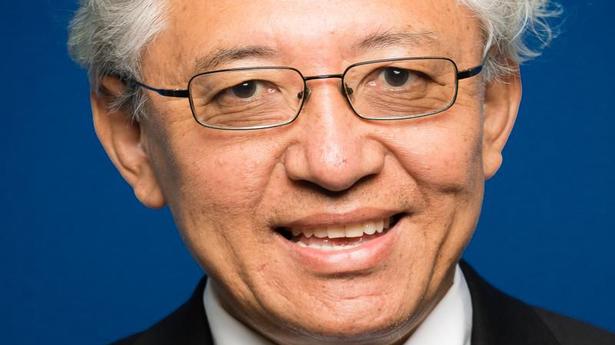 The United States Commission on International Religious Freedom, a bipartisan, independent federal government commission has said that there is an “overall deterioration of religious freedom conditions in 2018” in India, in its 2019 report released earlier this week. India continues to remain a Tier 2 country, according to the Commission, a list it has been unable to get off of since 2009.

Tier 2 countries are those in which “violations engaged in or tolerated by the government during 2018 are serious and characterized by at least one of the elements of the ‘systematic, ongoing, and egregious” CPC (Country of Particular Concern) standard.

CPCs are designated by the State Department and the latest list, from November 2018, contains 10 countries (including Burma, China, Pakistan, Iran and Saudi Arabia). In these countries the government has tolerated or engaged in “particularly severe religious freedom violations, meaning those are systematic, ongoing, and egregious.” Other Tier 2 countries for 2018 are Afghanistan, Azerbaijan, Bahrain, Cuba, Egypt, Indonesia, Iraq, Kazakhstan, Laos, Malaysia and Turkey.

The Commission says in several countries where it found religious freedom declining, it also found an increased securitisation and politicisation of religion. “ In countries like India, it is increasingly difficult to separate religion and politics, a tactic that is sometimes intentional by those who seek to discriminate against and restrict the rights of certain religious communities.”

The report says conditions for minorities in India have deteriorated over the last decade, adding that a “multifaceted campaign by Hindu nationalist groups like the Rashtriya Swayamsevak Sangh (RSS), Sangh Parivar, and Vishva Hindu Parishad (VHP) to alienate non-Hindus or lower-caste Hindus is a significant contributor to the rise of religious violence and persecution.” It calls out the role of Hindutva/Hindu extremist groups, India’s anti-conversion laws, cow-protection lynch mobs, concerns that millions from Assam will be incorrectly left out of the National Register of Citizens and a lack of transparency on denying international NGOs registration and political targeting of NGOs.

The Commission found that despite the overall deteriorating conditions there were “positive developments”. In this context, it takes note of Home Minister Rajnath Singh’s observation from last December that communal attacks dropped by 12 % in 2018 from their 2017 levels, an 12% increase in the budget of the Ministry of Minority Affairs and the Supreme Court’s push for a 11-point plan to counter mob violence.

Tenzin Dorjee, Commission Chairperson dissented with the view that India’s religious freedoms continued to decline in 2018. “India is an open society with a robust democratic and judiciary system,” he writes in the report. “As I commented last year, overall, I believe religious harmony exists in India [sic],” Mr Dorjee says, describing his experience of having lived as a Tibetan refugee in India for over 30 years, where he “mostly witnessed the best of India and sometimes worst due to intractable religious conflicts.”

A new Commission member, Anurima Bhargava, a Chicago-native of Indian origin, wrote that the Commission had not had the opportunity to officially visit India in over a decade and sought stronger engagement and a productive dialogue with India.

The report says, that the governments who have been called out for their actions, “often decry ‘interference in internal affairs’ when they are rightfully admonished…”

The Hindu has reached out to the Indian Embassy in Washington DC for a reaction.

UN voices concern over violence in India against CAA, urges respect for freedom of expression

Urging respect for the rights of freedom of opinion and expression, United Nations Secretary General Antonio Guterres has voiced concern over the violence and alleged use of excessive force by security personnel in India against the amended Citizenship Act. According to the Citizenship Amendment Act (CAA), members of Hindu, Sikh, Buddhist, Jain, Parsi and Christian […]

Prosecutors insisted that the conviction of Australian Cardinal George Pell for child sexual abuse was “unimpeachable” as his appeal against the guilty verdict went into a second day in Melbourne on Thursday. Lawyers for Pell, 77, had on Wednesday raised 13 objections to his December conviction on five counts of sexual abuse for the assault […]

US puts sanctions on Iranian foreign minister Javad Zarif, who says it won’t affect him

The United States on Wednesday imposed sanctions on Iranian Foreign Minister Mohammad Javad Zarif, targeting the country’s top spokesman and potentially hurting chances of diplomatic talks amid rising tensions between the two countries. Javad Zarif, a critical figure in the 2015 Iran nuclear deal, dismissed the action and said it would not affect him. US […]