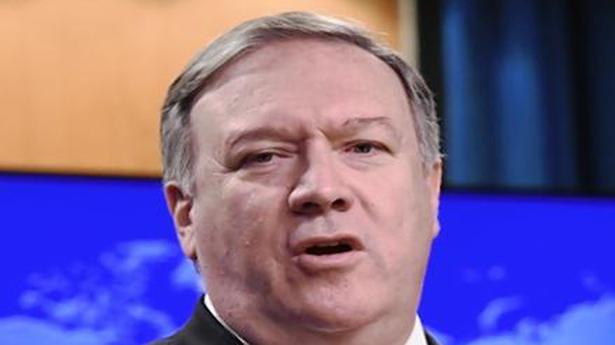 The United States on Monday accused Russia of “reckless escalation” of the situation in Venezuela by deploying military planes and personnel to the crisis-stricken South American nation that Washington has hit with crippling sanctions.

The Russian planes and military personnel arrived outside the Venezuelan capital Caracas on Saturday, according to local media reports, two months after the Trump administration disavowed President Nicolas Maduro.

Washington has recognized opposition leader Juan Guaido as the country’s legitimate President and demands that Maduro leave power, which Russia has described as a U.S.-backed coup against the socialist government.

“The United States condemns Russia’s deployment of military aircraft and personnel to Caracas, which is another contradiction of both Nicolas Maduro’s and Russia’s calls for non-intervention in Venezuela and is a reckless escalation of the situation,” a State Department spokesman said.

“The planes from Russia landed in Venezuela because they were authorized by the only government that there is in Venezuela, and it’s called the government of Nicolas Maduro,” Cabello said in a speech broadcast on state television.

The Kremlin declined to comment on the planes on Tuesday or to the accusations from the U.S. State Department.

U.S. Secretary of State Mike Pompeo told his Russian counterpart Sergei Lavrov in a phone call on Monday that Washington would “not stand idly by” as Russia backed Maduro, who has overseen a dramatic collapse of a once-bustling economy.

Russia has warned the United States against a military intervention in Venezuela.

South Korea’s Defence Minister said on Tuesday that North Korea’s recent unspecified weapons test was of a rocket engine, amid speculation the North was making preliminary steps toward a prohibited long-range rocket launch. Defense Minister Jeong Kyeong-doo said during a visit to Sydney on Tuesday that Seoul expressed its deep concerns over the engine test […]

British Prime Minister Boris Johnson said he expected the new coronavirus to spread further inside Britain, following the announcement of another 12 positive tests on Sunday. “We’ve found about 35 people in this country have, or have had, the illness and clearly there may be more. That is likely now to spread a bit more,” […]

The Minneapolis unrest ravaged several blocks in the Longfellow neighborhood, with scattered rioting reaching for miles across the city. It was the second consecutive night of violent protests following Floyd’s death Monday. Source: thehindu.com Related