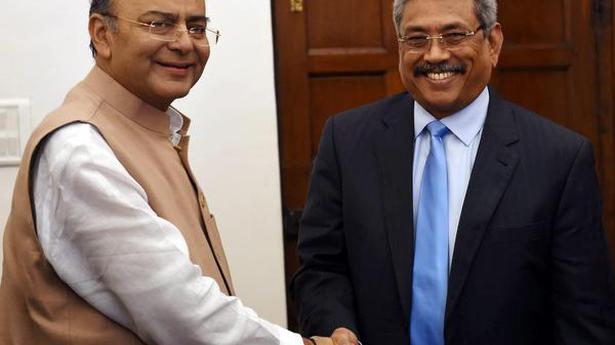 A U.S. District Court on Tuesday unsealed a civil lawsuit that seeks damages from Sri Lanka’s former Defence Secretary Gotabaya Rajapaksa for allegedly instigating and authorising torture and murder. The case was filed by Ahimsa Wickrematunge, daughter of slain Sri Lankan journalist Lasantha Wickrematunge, who was murdered a decade ago. After the complaint was filed earlier this month at a California court, Mr. Rajapaksa was served with the papers in Los Angeles, where he was on a private visit.

“The complaint alleges that Gotabaya Rajapaksa was involved in the extra-judicial killing of journalist Lasantha Wickrematunge as well as the widespread and systematic targeting of other journalists perceived to be critical of the Rajapaksa government,” according to the Center for Justice and Accountability (CJA), a San Francisco-based human rights legal organisation, whose lawyers were involved in preparing the complaint.

While the current government led by President Maithripala Sirisena in 2015 promised to probe murders, including Mr. Wickrematunge’s, during the previous regime, the cases have seen little progress since.

A dual citizen of Sri Lanka and the U.S., Gotabaya Rajapaksa is said to be considering entering the Presidential fray this year, as a 2015 legislation bars his older brother and former President Mahinda Rajapaksa from seeking a third term. The case comes at a time when Gotabaya Rajapaksa is trying to renounce his American citizenship, since Sri Lankan law prohibits those with dual citizenship from contesting. Denying charges, Mr. Gotabaya, who returned to Sri Lanka last week, told supporters he did not anticipate any difficulty in his citizenship renunciation process. “His lawyers will take due action in the U.S. if required,” his spokesman Milinda Rajapaksa told The Hindu.

11,000 fewer deaths in Europe due to drop in pollution levels

Globally, oil use has declined by about the same amount, with drops in coal consumption varying by region Source: thehindu.com Related

Tensions between US, China possibility of emergence of two competing blocs: Guterres

With US-China trade tensions escalating, UN Secretary-General Antonio Guterres has said that he could see a possibility of the emergence of two “competing blocs”, each with their own dominant currency, trade and military rules. The US and China – the world’s two largest economies – have been fighting a damaging trade war over the past […]