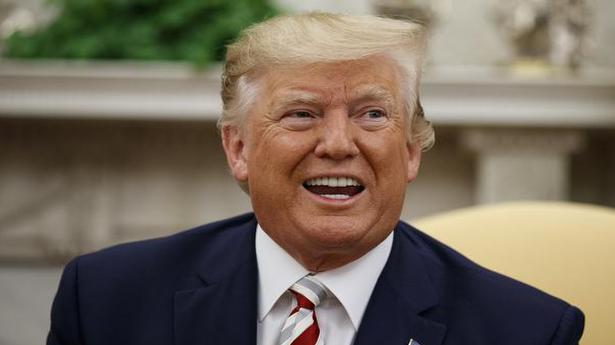 The U.S. House of Representatives voted 421-0 on Wednesday for a resolution calling on President Donald Trump to release a whistleblower complaint to Congress, despite the administration letting them view the classified document at secure locations in the U.S. Capitol.

Two House members voted present and 10 did not vote.

The document is central to the impeachment inquiry into the Republican President announced on Tuesday by the Democratic House Speaker, Nancy Pelosi, after reports that Mr.Trump had tried to put pressure on Ukraine’s president to help smear a political rival.

The Senate passed a similar resolution by unanimous voice vote on Tuesday.

Republicans joined Democrats in backing the release of the document, after many lawmakers argued that Mr. Trump’s associates were defying a law calling for whistleblower complaints to be sent to Congress if they are found to be credible.

Alcohol-based hand disinfectants recommended by the World Health Organization (WHO) are effective against the novel coronavirus which causes COVID-19, according to a study. The formulations can be prepared quickly and easily by pharmacies and help alleviate the current shortage of disinfectants, said researchers from Ruhr-Universitat Bochum (RUB) in Germany. In the study published in the […]

Trump says he would be disappointed if North Korea resumed testing

U.S. President Donald Trump said on Friday he would be disappointed if Pyongyang were to resume weapons testing and reiterated his belief in his good relationship with North Korean leader Kim Jong Un despite the collapse last week of their second summit. “I would be surprised in a negative way if he did anything that […]