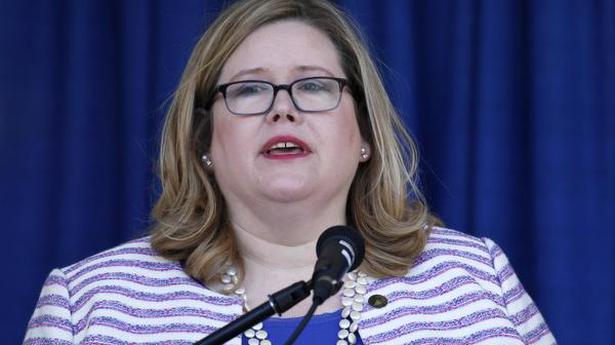 Democrats, in a letter to GSA head Emily Murphy, asked to be briefed about why the transition process hadn’t begun.

House Democrats are asking a Trump administration official for an immediate briefing to explain why she has not launched the transition process for President-elect Joe Biden.

Democrats said in a letter to General Services Administration head Emily Murphy that her refusal to begin transition activities required by law has grave effects, including undermining the orderly transfer of power, impairing the incoming administration’s ability to respond to the coronavirus pandemic, hampering its ability to address our nation’s dire economic crisis, and endangering our national security, Democrats said.

The letter is signed by the chairs of the House Oversight and Appropriations committees. It requests an immediate briefing with Ms. Murphy to help lawmakers decide whether to call Ms. Murphy and other officials to testify at a public hearing.

Ms. Murphy has yet to certify Mr. Biden as the winner of the presidential election, stalling the process of officially launching the transition.

A top White House official found himself in the middle of a political storm after he indicated, only to walk back later, that President Donald Trump asked his administration to withhold nearly USD 400 million in military aid to Ukrainian to further his political interests. Acting White House Chief of Staff Mick Mulvaney’s during a […]

Hundreds of thousands of students and workers left their schools, colleges and offices on September 20 to take to the streets around the globe and demand that world leaders take urgent action to avert an environmental catastrophe. The global climate strike, inspired by 16-year-old Swedish activist Greta Thunberg, kicked off in the Pacific islands and […]