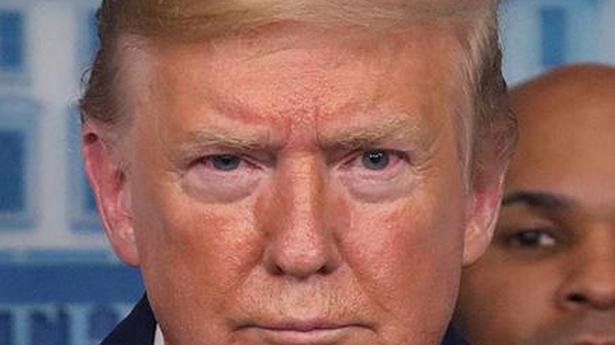 U.S. President Donald Trump has signed into law an act that requires increased U.S. support for Taiwan internationally, which will likely infuriate a China already angry with Trump’s criticism of the handling of the coronavirus outbreak.

China claims democratic and separately ruled Taiwan as its own territory, and regularly describes Taiwan as its most sensitive and important issue in ties with the United States.

While the United States, like most countries, has no official relations with Taiwan, the Trump administration has ramped up support for the island, with arms sales and laws to help Taiwan deal with pressure from China.

It also requires the United States to “alter” engagement with nations that undermine Taiwan’s security or prosperity.

Taiwan complains that China is poaching the dwindling number of countries that maintain formal ties with Taipei and has prevented it from participating in bodies like the World Health Organization. China says Taiwan is merely one of its provinces, with no right to recognition as a country.

Taiwan’s foreign ministry welcomed the U.S. law and thanked the United States for its support for Taiwan’s “diplomatic space” and right to international participation.

“We are also willing to work with the United States and countries with similar ideals to promote the shared common goals of freedom and democratic values, and continue to strive for even wider international space for Taiwan,” the ministry said.

There was no immediate reaction from Beijing, which is already angry about Trump’s accusations that China poorly handled the coronavirus outbreak.

China’s defence ministry on Thursday accused the United States of playing a dangerous game with its support for Taiwan, after a U.S. warship passed through the sensitive Taiwan Strait.

One of the act’s authors, Senator Cory Gardner, said the law was needed to respond to Chinese pressure on, and bullying of, Taiwan.

“This bipartisan legislation demands a whole-of-government approach to ramp up our support for Taiwan, and will send a strong message to nations that there will be consequences for supporting Chinese actions that undermine Taiwan,” he said in a statement.

The United States has been particularly concerned about China hiving off Taiwan’s allies in the Pacific and Latin America, areas of the world Washington traditionally considers its zone of influence.

Taiwan now only has diplomatic relations with 15 countries, almost all small and developing nations like Nauru, Belize and Honduras.

A Pakistan Administrative Service officer was harassed by university students in Attock, Nekokara for raising the issue of human rights from minorities, including the Ahmadis in Pakistan. Attock Assistant Commissioner Jannat Hussain Nekokara was forced to apologise for her comments in support of equal rights for minorities. The students also made her say that her, […]

Twenty four Indian expatriates have tested positive for Covid 19 on Wednesday in Kuwait, signaling that New Delhi will have to keep an eye on the conditions of millions of Indian workers in the Gulf, where the footprint of novel Coronavirus is gradually expanding. The daily Kuwait Times quoting Kuwaiti Health Ministry, reported on Thursday […]

The US Department of Defense shifted $1 billion to plan and build a 57-mile section of “pedestrian fencing”, roads and lighting along the border between the United States and Mexico, the Pentagon chief said on Monday. Last week, the Pentagon gave Congress a list that included $12.8 billion of construction projects for which it said […]