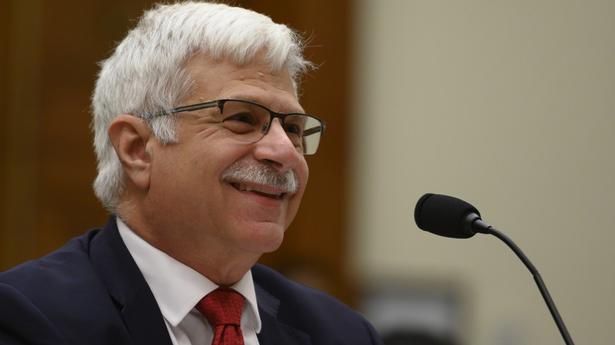 More than a week after India eased some communications restrictions in Kashmir , U.S. lawmakers grilled the State Department’s top South diplomat Alice Wells and its Assistant Secretary for Human Rights , Robert Destro, on the continuing restrictions in Kashmir and whether and how the U.S. is leveraging its relationship with India on easing up those restrictions that remain. At one point during the hearing, Mr Destro concurred with a lawmaker that the situation in Kashmir was a “humanitarian crisis”.

The hearing, organized by the Asia Subcommittee of the U.S. House of Representatives’ Foreign Affairs Committee (HFAC), is one of a series of hearings on human rights issues across the continent. While Indian officials had, in the run-up to Tuesday, played up the fact that Tuesday’s hearing would focus not just on Kashmir but also on other South Asian human rights issues including Pakistan and Sri Lanka, Chairman Brad Sherman said during his opening remarks that the focus would be Kashmir – and so it was, at least in the first half of the session.

“Yes, it is.” Mr Destro said. “From a 72,000 foot perspective, it’s a crisis. To the individual families who are involved, it’s a disaster.”

In her opening remarks, Ms Wells said the U.S was concerned about the detention of “hundreds or local residents and political leaders, including three former Chief Ministers of Jammu and Kashmir”, and had urged India to fully restore communications. Landline and post-pay mobile phone services were restored last week, but pre-paid mobile services and data/internet services remained switched off.

Ms Wells also outlined the administration’s policy of encouraging India and Pakistan to engage in dialogue and for Pakistan to rein in terror groups including Laskhar-e-Taiba and Jaish-e-Muhammad.

Lawmakers also questioned the State Department officials on the National Register of Citizens (NRC) in Assam and – albeit to a significantly less extent – questions about Pakistan’s human rights record and support for terror.

Kashmir being off limits to foreign journalists and U.S. lawmakers and officials was a recurring theme during the morning session of the hearing.

“ Every day we need an impartial view of what is happening there,” Mr Sherman said of the government’s ban on foreign journalists visiting the region.

“I want to find out the truth. There’s limited reporting in the press…” she said, calling for a classified hearing on the nature of security threats in Kashmir.

The absence of journalist “testimony” from the region made it harder for the government [of India] to understand the situation and the implications of the restrictions on the region, Ms Wells said.

Lawmakers also repeatedly returned to the issue of Maryland Senator Chris Van Hollen being denied permission to visit Kashmir while on a trip to India a few weeks ago.

Chennai-born Congresswoman from Washington, Pramila Jayapal, raised the issue of children being detained. She said the whole issue of detentions was of “huge concern”.

“This is unacceptable…the detention without charges,” she said, in reference to the Public Safety Act, which allows individuals to be detained for up to two years without trial.

She also expressed concerns around religious freedoms in India.

“ I don’t say that with any pleasure. I have to tell you religious tolerance in India has been a point of pride for me, as somebody who was born there and was a citizen for 35 years. “ Ms Jayapal said.

Through the hearing there were references that acknowledged genuine security concerns and the fact that terrorists were taking advantage of the situation.

“…These are very muddied waters and lots of militant and terrorist organisations seek to take advantage of the situation,” Ms Wells said at one point during the session.

Ms Wells returned to a recurring message – that, with regard to the tension between national security and individual liberty, the balance, in this instance, was wrong.

Mr. Sherman at one point raised a question on the Citizenship (Amendment) Bill 2016, which lapsed earlier this year. The bill’s objective is to grant minority group refugees from Afghanistan, Pakistan and Bangladesh who are in India, citizenship. This would differentially and adversely impact Muslim refugees.

“This could just be one crackpot legislator, or this could be a serious proposal. Are we genuinely concerned that India will…have a difference in its documentation requirements …?” Mr Sherman asked. “Have we condemn to the concept of defining someone’s legal rights obligations based on their religion?”

Pressed on what leverage, specifically economic, the U.S. was using to effect change in Indian government policy on Kashmir, Ms Wells outlined some of India’s recent history and said the

administration understood and respected India’s democratic journey and its challenges and the U.S.-India relationship was a partnership.

“We respect that. So that conversation with India will continue obviously when we see India…Indian institutions, in our view, fail or respond slowly. You know, that’s something we take up. But this is not a relationship of dictation. It’s a relationship of partnership,” she said.

Ms Wells said the U.S. was continuing to engage, speak out about its concerns and also pressed India for a roadmap to return to political and economic normalcy in Kashmir

Many restaurants in New Zealand have limited their seating to comply with the social distancing rules Source: thehindu.com Related

A bomb blast in Afghanistan’s east killed at least ten people including a child Monday, according to a provincial official, in an attack targeting a minibus carrying new army recruits. Ataullah Khogyani, a spokesman for the governor of Nangarhar province, said the attack in Jalalabad city wounded 27 other people. The bomb was placed in […]