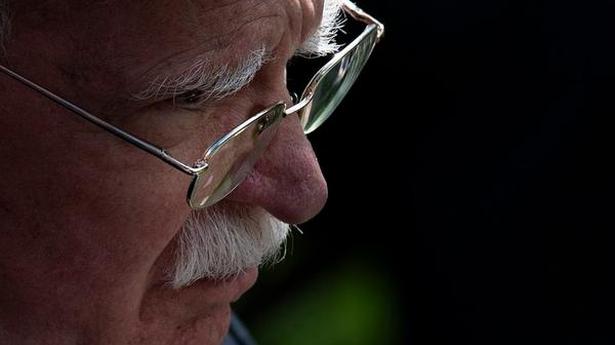 “Neither Iran nor any other hostile actor should mistake U.S. prudence and discretion for weakness,” said Mr. Bolton ahead of a meeting with Israeli Prime Minister Benjamin Netanyahu in Jerusalem. “No one has granted them a hunting licence in the Middle East,” he added.

“Our military is rebuilt new and ready to go,” said Mr. Bolton, after Mr. Trump called off a planned attack on Iran in response to Tehran downing a U.S. drone on June 20.

Mr. Bolton, who was in Israel for a pre-scheduled trilateral meeting with his Israeli and Russian counterparts, Meir Ben-Shabbat and Nikolai Patrushev, noted that the “current circumstances in the region make our conversations even more timely”.

In a June 22 tweet, Mr. Trump had pledged to hit Iran with “major” new sanctions on June 24.

Washington has imposed a series of measures against Tehran since Mr. Trump pulled out of a landmark nuclear accord between Iran and world powers in 2018. “We expect that the new sanctions president Trump referred to in preparation for some weeks will be announced publicly on Monday. Stay tuned,” Mr. Bolton said in Jerusalem.

Don’t ask us to put down arms, Taliban tells U.S.

The U.S. special envoy for Afghanistan should stop calling on Taliban militants to lay down their arms and tell the U.S. to end the use of force instead, the Taliban said on Friday. Zalmay Khalilzad entered a sixth round of talks with the group in Qatar this week. “In our opening session, I underscored to […]

Germany has come out in support of the move initiated by France to designate Jaish-e-Mohammed chief Masood Azhar as a global terrorist. The move came days after China blocked a proposal initiated by US, UK and France at the UNSC 1267 Al-Qaeda Sanctions Committee. Discussions for the listing of Masood Azhar by European Union are […]

A Hindu teacher was attacked by a mob and a temple was vandalised in Pakistan’s Sindh province over allegations of blashphemy. The incident took place in Ghotki in Sindh on Sunday. The mob attacked the teacher after it was alleged that his students had committed blasphemy. The Ghotki city has been shut down and the […]