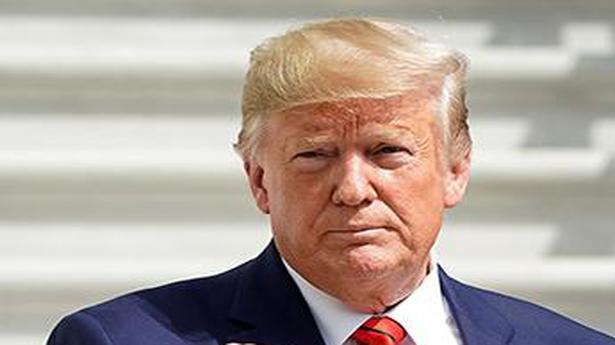 Mr. Gidley gave no further details, and it was unclear what the topic of Mr. Trump’s statement might be.

There was speculation, however, that President Trump might have news about Islamic State leader Abu Bakr al-Baghdadi, the elusive militant who has been the subject of an international manhunt for years.

The President gave an indication that something was afoot earlier on Saturday night when he tweeted without explanation, ”Something very big has just happened!”

Mr. Trump has been frustrated by the U.S. news media’s heavy focus on the Democratic-led impeachment inquiry, which he calls an illegitimate witch hunt.

He has also faced withering criticism from both Republicans and Democrats alike for his U.S. troop withdrawal from northeastern Syria, which permitted Turkey to attack America’s Kurdish allies.

Mr. Trump was expected to make the statement in the White House Diplomatic Reception Room, which he has used to make a number of major announcements.

Just last week he used the same room to announce that a ceasefire between Turkey and the Kurds had taken hold.

British police released the names of the 39 Vietnamese victims, including three boys, found dead in the back of a truck near London in October and said consultations had begun with Hanoi over repatriation of the bodies. The 31 males and eight women were found in a truck container on an industrial estate in Grays, […]

At least four Turkish soldiers were killed and nine others were wounded in “intensive shelling” on Monday by Syrian government forces in northwestern Syria, Turkey’ said. A Syrian war monitor said six Syrian troops were killed as well in the shelling. The exchange came hours after a large Turkish military convoy entered the province of […]

Tourist footfalls from the United Kingdom to Goa are expected to take a severe hit after British travel group Thomas CookNSE -2.65 % declared bankruptcy on Monday, an umbrella body of tour and travel operators said here. The 178-year-old operator had been desperately seeking 200 million pounds ($250 million, 227 million euros) from private investors […]