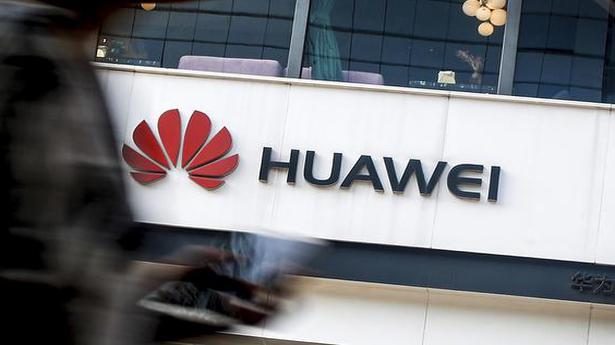 The U.S. telecommunications regulator plans to vote in November to designate China’s Huawei and ZTE as national security risks, barring their U.S. rural carrier customers from tapping an $8.5 billion government fund to purchase equipment or services.

The Federal Communications Commission (FCC) also plans to propose requiring those carriers to remove and replace equipment from such designated companies, FCC officials said on Monday.

At a meeting set for November 19, the FCC said it plans to vote to ask carriers how much it would cost to remove and replace Huawei Technologies Co. Ltd. and ZTE Corp from existing networks and to establish a reimbursement program to offset the costs of removing the equipment.

“When it comes to 5G and America’s security, we can’t afford to take a risk and hope for the best,” FCC Chairman Ajit Pai said in a statement.

“As the United States upgrades its networks to the next generation of wireless technologies, 5G, we cannot ignore the risk that the Chinese government will seek to exploit network vulnerabilities in order to engage in espionage, insert malware and viruses, and otherwise compromise our critical communications networks.”

This is the latest in a series of actions by the U.S. government aimed at barring U.S. companies from purchasing Huawei and ZTE equipment. Huawei and ZTE would have 30 days to contest the FCC’s national security risk designation and a final order compelling removal of equipment is not expected until next year at the earliest.

“In 30 years of business, Huawei has never had a major security-related incident in the 170 countries where we operate,” said a Huawei spokesman in Shenzhen, China.

“Today’s proposal, released by the FCC Chairman, only impacts the broadband providers in the most unserved or underserved rural areas of the United States,” the spokesman said. “Such action will further widen the digital divide; slowing the pace of economic development without further securing the nation’s telecommunications networks.”

ZTE did not immediately respond to a Reuters’ request for comment.

Chinese Foreign Ministry spokesman Geng Shuang said China was “resolutely opposed” to the United States putting such pressure on Chinese companies, which was “economic bullying” that went in the face of U.S. claims to follow the principles of a market economy.

This decision would only harm U.S. consumers, especially in rural areas, which could be left without telecommunication services, he told a daily news briefing.

The United States should stop trying to smear Chinese companies and provide them with a non-discriminatory environment in which to operate, he said.

‘Need to be mindful’

Mr. Pai first proposed in March 2018 to bar companies that posed a national security risk from receiving funds from the FCC’s Universal Service Fund, but did not name Huawei or ZTE. The fund provides subsidies to provide service in rural or hard-to-reach areas, and to libraries and schools.

FCC Democratic Commissioner Jessica Rosenworcel noted the move comes after 18 months of review and the FCC should take additional action.

“We need to be mindful that in a global economy, our networks will still connect to insecure equipment abroad. So we should start researching how we can build networks that can withstand connection to equipment vulnerabilities around the world,” Ms. Rosenworcel said.

Congress has been considering legislation to authorise up to $1 billion for small and rural wireless providers to replace network equipment from the Chinese companies. The FCC could tap the fund itself to pay for replacing equipment if Congress does not act.

About a dozen rural U.S. telecom carriers that depend on inexpensive Huawei and ZTE switches and equipment were in discussion with Ericsson and Nokia to replace their Chinese equipment, Reuters reported in June.

The United States has been pressing nations not to grant Huawei access to fifth-generation networks and alleged Huawei’s equipment could be used by Beijing for spying, which the Chinese company has repeatedly denied.

Mr. Pai said in a Wall Street Journal opinion piece on Monday that “China could compel Huawei to spy on American individuals and businesses. Imagine if a 5G network with Huawei equipment were operating near a U.S. military installation, critical infrastructure facility or other sensitive location.”

He also cited a report by cybersecurity firm Finite State that “found a majority of the Huawei firmware images it analysed had at least one potential back door and that each Huawei device had an average of 102 known vulnerabilities.”

Several European countries in recent months have not agreed to bar Huawei, despite U.S. pressure.

In May, Mr. Trump signed a long-awaited executive order declaring a national emergency and barring U.S. companies from using telecommunications equipment made by companies posing a national security risk. The order directed the Commerce Department, working with other government agencies, to draw up an enforcement plan by mid-October. The Commerce Department has yet to publish a plan.

The U.S. government added Huawei to its economic blacklist in May, saying the Chinese company was involved in activities contrary to U.S. national security.

The White House claims the intelligence whistleblower’s complaint about President Donald Trump’s efforts to seek dirt from Ukraine on former vice-president Joe Biden “shows nothing improper”. Press secretary Stephanie Grisham argues the complaint “is nothing more than a collection of third-hand accounts of events and cobbled-together press clippings”. Grisham adds that Trump released a rough […]

Brazil is caught in the U.S.-China tech war

On Monday, Brazilian President Jair Bolsonaro received Zou Zhilei, Huawei’s CEO for Latin America, in his office in Brasilia. The Chinese executive told the Brazilian leader that the telecom giant wanted to be a “supplier to 5G telephone services and that its equipment is safe”. After the meeting, as Mr. Zou presented a memento to […]

An elite pro-Beijing panel on Sunday chose a new leader for the Chinese casino gambling hub Macao. Macao and nearby Hong Kong are former European colonies that were handed back to Beijing, becoming Chinese special administrative regions that retain considerable control over their own affairs under a formula known as “one country, two systems.” Residents […]